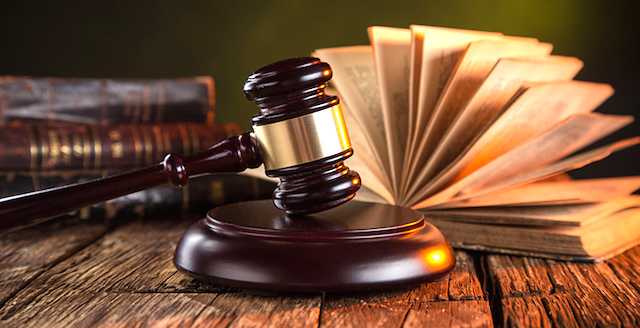 The job of a lawyer is indeed, a very highly professional one with several expectations from many quarters. When lawyers appear in courts, there are several areas in which they are not expected to faulter. Unlike footballers, the field of play for a Legal Practitioner is the court and the viewers are his clients, his client’s adversary or adversaries and his or their lawyer(s), the judge(s), other fellow lawyers (learned colleagues) that are in court, and sometimes, members of the Fourth Estate of the Realm (the Press) who may be in Court to cover the proceedings. For the purpose of this discourse, we shall highlight some of the little mistakes that lawyers make in court and how to avoid them below:

1. The Use of the word “You” while addressing a Judge(s)

2. The use of the words “with all due respect” while announcing appearance in courts

“May it please Your Lordship(s)/My Lord(s)/Your Worship/Honour(s) (as the case may be), my name is S.O. Akobe, and I humbly appear for the Respondent.”

3. The practice of moving motions in terms
It is common to see lawyers in courts apply to move their motions in terms of the motion paper. This is good and it is allowed in practice but then, it appears many lawyers don’t know when and how same is properly done. Moving a motion in terms or moving in terms of the motion paper simply means moving the motion without going through the regular formalities involved in moving a motion in court. The practice of moving motions in terms is usually employed in motions or applications that are non-contentious in nature so as not to waste the precious time of the court and the energy it saps. But, how is it done? Severally, I have seen lawyers in courts move their motions up to the level of adopting their written address as their argument in support of their motion only to end up saying, “My Lord(s)/Your Worship/Your Honour(s), I humbly apply to move in terms of the motion paper”! With all due respect, this is not correct. Just like I earlier said, the essence of moving motion in terms is to save time and energy in noncontentious applications. Thus, if you as a Counsel go as far as adopting your written address in the process of moving your application in court, what time have you saved the court and what energy have you preserved? The misconception that bedevils many lawyers in the process of moving motion in terms is the assumption that moving motion in terms connotes “moving an application in full without adumbrating same”. Adumbration is not compulsory in moving applications in courts except where a Judge(s) requests a counsel to address him/them on certain issues arising from the application. So, to hold the view that moving in terms is to move a motion without adumbrating or making further oral submissions, is clearly a very wrong position. Having said this, how then can a motion be moved in terms? It is very simple. To move in terms, a lawyer simply introduces the motion to the court, stating the date on the motion paper and the date the same was filed, and then, sits down in order for the court to hear from the Counsel on the other side as to whether he would be opposing the application or not. If the other Counsel expresses his intention not to oppose the application, the Counsel who filed the application will proceed to address the court in the following manner or words similar to that: “My Lord, this application being a noncontentious one, I humbly apply to move same in terms of the motion paper, more so as my learned friend (i.e. Counsel to the Respondent(s) is not opposing the application. We are most obliged!”. That’s all! The Counsel is not expected to further say things like, “Our application is brought pursuant to…and is supported with…paragraphs affidavit deposed to by one…with exhibits… annexed thereto…We rely on all the paragraphs of the said affidavit. In compliance with the rules of this Honourable Court, we also filed a Written Address…We adopt same as our argument in this application…” No! Once a Counsel has gone this far while moving an application in court, it will be a grave summersault to say that he wants to move in terms of the motion paper! This is because by moving in terms of the motion paper, a Counsel simply pushes the duty of getting the details of the application as contained in the motion paper to the Judge. These details include the Order and Rule (s) of the Court upon which the application is brought, reliefs sought in the application, the number of the paragraphs of the supporting affidavit and the details of the deponent thereof, including annextures thereto (if any), as well as the argument in the written address. Most times, in line with the purpose of moving motion in terms which is to save time and energy in noncontentious applications, the Court will not bother going through all these details. The court in that instance, will simply look at the prayers in the motion paper and if they are grantable, the court will simply rule, “Ordered as prayed!”.

*To be continued…
S.O. Akobe, Esq., formerly with N.O.O. Oke (SAN)& Co. Ibadan, is currently a State Counsel with the Kogi State Ministry of Justice)