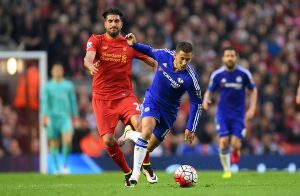 Liverpool and Chelsea will have a difficult start to their respective Carabao Cup campaigns after being drawn against each other in the third round, while Frank Lampard will come up against his former coach Jose Mourinho.

Chelsea made it to last season’s semi-finals before being eliminated 2-1 on aggregate by Arsenal, who themselves were defeated by Manchester City in the final.

The two sides last met each other in the Carabao Cup in January 2015 – Chelsea emerging 2-1 aggregate victors on their way to lifting the trophy.

Third round fixtures are due to take place on the week commencing September 24, meaning Chelsea’s trip to Liverpool will come just a few days prior to their Stamford Bridge meeting in the Premier League on the 29th.

One of the other standout ties sees Derby County travelling to Manchester United, as Lampard – who enjoyed great success as a player at Chelsea under Mourinho – prepares to face the Portuguese coach for the first time.

Reigning champions City travel to League One side Oxford United at the start of their defence, while the team they defeated at Wembley in February – Arsenal – will host Brentford.

There are three other all-Premier League ties, with Wolves welcoming Leicester City, Everton hosting Southampton and Watford heading to Tottenham, who have applied for special dispensation to play at a neutral stadium due to the unavailability of Wembley and their new ground.

15 thoughts on “Liverpool face Chelsea in Carabao Cup third round”