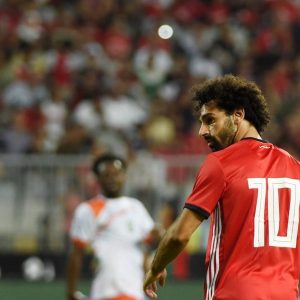 Liverpool and Tottenham Hotspur picked two of the remaining four tickets into the Last 16 of the UEFA Champions League, knocking out two Italian favourites, Napoli and Inter.

Liverpool heeded the advice of Coach Jurgen Klopp and really put up a magical display against Napoli at Anfield, with Mo Salah almost walking into the net with the only goal of the match in the 34th minute.

The goal, well deserved because Liverpool put on a gutsy display, was all the Reds needed to oust Napoli from the next round. The Italians had arrived at Anfield as group leader with nine points. They left demoted to third place.

The other member of the Group C, Paris Saint Germain whipped

Liverpool came second with 9 points, while Napoli, with same points will now be relegated to Europa League.

In Camp Nou, Tottenham Hotspur also forced Barcelona to 1-1 draw to scrape passage into the Last 16, along with Barcelona, which had qualified weeks ago, with two matches to spare.

The Londoners were helped by PSV Eindhoven, which also played a 1-1 draw with Inter at the Giuseppe Meazza Stadium in Milan.

PSV scored first in the 13th minute and took Inter’s Mauro Icardi, 60 minutes after to slot in the equaliser. BUt they needed a win to move to the next round. Like Napoli, they will also now be relegated to the Europa League.

7 thoughts on “Liverpool, Spurs, PSG into Last 16, Napoli, Inter out”