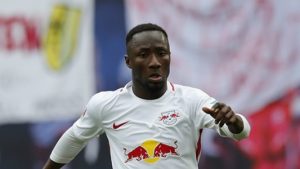 Jurgen Klopp says Liverpoola��s transfer plans in the summer are to improve the depth within his squad after being left short of options in midfield at times this season.

Liverpool currently have just three fit senior central midfielders heading into Sundaya��s trip to Chelsea, with Kloppa��s side needing a draw at Stamford Bridge to secure Champions League football for next season.

Philippe Coutinho left the Reds for Barcelona in January, while Adam Lallana has been limited to just one Premier League start this season due to numerous injuries.

Alex Oxlade-Chamberlain, meanwhile, was ruled out for the rest of the campaign with knee ligament damage last month as Klopp vows to make further additions this summer.

a�?We already have Naby Keita coming and that is really good and we will probably sign a couple more players, because thata��s how it is,a�?  he said.

a�?We have to strengthen, first of all, the squad. To bring in players who are 200 percent better than the players we already have will be quite difficult, but we still need to do a few things to have more depth in the squad. That is very important.

a�?We had a weak problem in the winter. Phil left and Adam Lallana was not here then, which would have been a perfect replacement but he was not involved. And then Emre Can disappeared with injury.

a�?That was our problem, so we need to prepare as good as possible so that it will not happen again.

a�?You can never get rid of all injury risk but as long as we could rotate that would be all fine but then in the very decisive moment, it was not that fine. But then the boys still did brilliantly.a�?

Jurgen Klopp has had plenty of excuses up his sleeves as Liverpool manager.  Laurence Griffiths/Getty Images

Klopp concedes that his targets may have other offers on the table from other clubs, but stressed that those that do join will be entirely on sold on the club, with no compromises made on quality.

a�?Of course we will still sign players,a�? he said. a�?We will be prepared, but ita��s always difficult. We are only looking for really good players. These players can have different interest from different clubs and thata��s how it is.

a�?But the players we will be bringing in we will be 100 percent convinced about [the club] altogether. It was like this since I was in, and it will be like this until I leave.a�?

I'm worried by the manner of Chelsea defeat: Maurizio Sarri