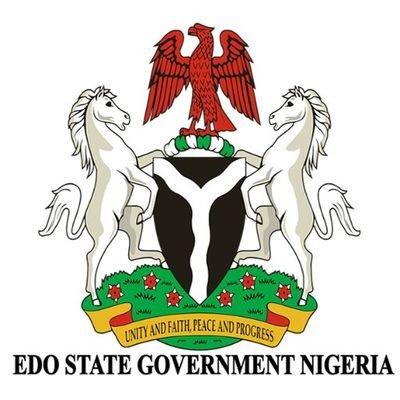 Former Minister of Finance, Dr Ngozi Okonjo-Iweala wrote in her book, Fighting Corruption is Dangerous: “Nigerias group of thirty-six state governors is powerful. Governors control the 48 percent of the Federation revenues that are allocated to the states and local governments. The Constitution not only gives them virtual autonomy in the use of their state revenues but also gives them oversight of local government revenues. By mandate, these are disbursed into the accounts of the states. The monies are supposed to be passed on to the local governments, but in most cases, they are not because states claim they spend these monies to defray local government expenses.” Judging from the position of Dr Okonjo-Iweala, it is easy to infer that the Nigerian Financial Intelligence Unit (NFIU) had erred by their new guidelines on the appropriation of funds between the states and the local governments. Unless the executive arm of government wants to adopt the same undue process of unseating the former Chief Justice of the Federation, Walter Onnoghen, it can’t unilaterally grant financial autonomy to the local governments. The Federal Government needs the support of the National Assembly to achieve the new guidelines of NFIU.

Like the Federal Government who is presently opposed to a new revenue sharing formula, these governors will not allow any reduction in their statutory allocations. I urge the president to engage these governors to see reasons why the country needs to grant financial autonomy to the local government councils now. This can’t be done through fiat or force unless we want to deliberately act ultra vires to the constitution. This is a constitutional matter. Even if an executive bill is sent by the president to the National Assembly with regards to the subject, I am not sure our States Houses of Assembly will pass the bill into law. The Governors will still use all their might and resources to ensure the bill does not get the necessary supports from their states.

However, in order to make the state governments readily interested in the new NFIU guidelines or feel much more comfortable with this policy, Federal Government must also be willing to devolve more powers to them. Some items need to be moved from the exclusive list of the Federal Government to the concurrent list. Federal Government must know that the only source of revenue to many of the state governments is the monthly federal allocations. On the monthly federal allocations, many state governments planned their 2019 budgets. With this latest development, a lot of things will be affected at the state level, particularly the implementation of the budgets if the new NFIU guidelines take off by June 1, 2019 as scheduled. This is the real challenge here.

Thus, the handlers of our economy need to be careful with the way they manage this fragile and hailing economy. The CBN Governor, Godwin Emefiele recently told us that the journey ahead is still rough and not looking nice for the economy. Governor Yari of Zamfara State also hinted on possible economic recession in the nearest future. In addition, the President equally once said that Nigerians should prepare for a tough time ahead. The new minimum wage of N30,000 had been signed into law. Since the new minimum wage was signed into law, the Governors have been singing different tunes with respect to the implementation of this new minimum wage. Federal Government must therefore, not play into the hands of some of these governors, who might not be willing to pay the new minimum wage. The sad reality of Federal Government helping some State Governments to offset their salary arrears is still there.

Nigeria has enough socio economic challenges on her hands. We cannot afford to create another one. The on-going cold war between the leadership of the 8th National Assembly and the Executive has slowed down the pace of our development. We may perhaps, have accomplished more if there had been mutual respect between the legislature and the executive. A war between the federal government and the states is not needed now. We must avoid it, or prevent it completely. All hands must be on deck to rejig this bad economy.

It is well known that when two elephants are fighting, the grasses underneath bear the brunt. We need development not misunderstanding. We need job creation, power supply and other social amenities and infrastructure. Mr. President needs to be reminded that he cannot use his eight years in office to be fighting people. For the umpteenth time, Nigerians will not tolerate any excuse this second time. Nigeria must move forward under his watch. Therefore, the way forward around this unfolding war includes:

Second, Mr President is assumed to be a charismatic leader. He should use his leadership qualities to build consensus, relationship and understanding among the governors, legislators, traditional rulers and religious leaders of conscience to actualize his dreams for the country. At every time, we must embrace peaceful resolution and dialogue. He needs to lobby where and when necessary. This is the basic thing in every advanced economy. It is my hope that Mr. President will handle this present challenge with all sense of maturity. This challenge must not be allowed to degenerate into economic disaster.

Finally, Nigerians must eschew sentiments and emotions in reacting to this issue. The governors ably led by Governor of Zamfara State are right by insisting on the position of the constitution on the subject matter. The constitution is supreme to any agency or institution of the government. That is where I belong!

9 thoughts on “Local Government Autonomy and the Way Forward”