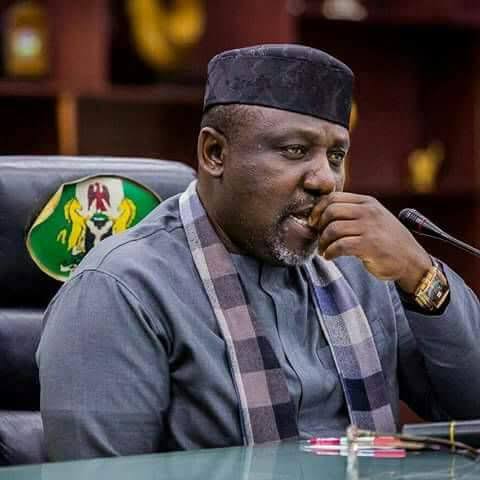 By Media Initiative against Injustice, Violence and Corruption-(MIIVOC)

A Civil Society Organisation, Media Initiative against Injustice, Violence and Corruption-MIIVOC has called on President Muhammadu Buhari and the All Progressives Congress-APC to call the Governor of Imo State, Chief Rochas Okorocha to order over what it described as the massive looting of state resources under his watch.

MIIVOC Executive Director, Dr. Walter Duru who made the call while addressing newsmen in Owerri, weekend warned that there will be consequences for the brazen stealing of property of the state.

a�?We are reliably informed that a similar thing happened at the state-owned Imo International Conference Center-IICC, where chairs, Air Conditioners and other valuables were also illegally removed. Just two weeks ago, some vehicles belonging to the state government were said to have been recovered somewhere in Abia State, where they were allegedly auctioned.a�?

a�?This is not how low a government can go. If for any reason, Governor Okorocha claims not to be aware that such pedestrian criminality is going on under his watch, then, he must take immediate steps to recover all the property of the state that have been stolen under his watch.a�?

a�?We call on all youth of Imo State to be vigilant and resist any further attempt to steal property bought with tax payersa�� money. Let me also state here that the administration of Rt. Hon. Emeka Ihedioha will be disappointing Imo people, if he fails to probe this rogue administration, with a view to ensuring that all Imo peoplea��s wealth stolen over the years are recovered and those responsible for the theft made to face the wrath of the law. If they could do this in public glare, one imagines what they have done to the finances of Imo people in the last eight years. From Local Government allocations; to Paris refund; to Bailout funds. The list is endless. This administration must be probed and all the things stolen from Imo State recovered.a�?

Duru further warned Governor Rochas Okorocha not to push his luck too far, adding that the most honourable thing to do is to find ways of laundering his already battered image by turning a new leaf.

Why we are yet to prosecute ex-SGF Lawal – EFCC