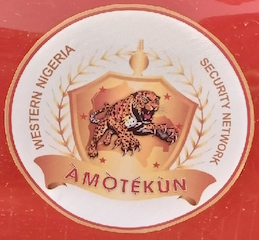 Insecurity is as old as man. Mortals from time immemorial have devised several means to secure their lives and properties from assassins and bandits who are ruthless and could be fatal if their sinister demands are not met.

Some of this awareness for security could be ideologically driven and violence could be deployed to achieve its purpose. The Irish Resistance Army (IRA) was formed as a response by the Irish to resist British rule in their country. It secured the lives and properties of the Irish as it was used in intelligence gathering since the members were fellow Irish who knew the terrain better than the foreign British. The Italian mafia started in Sicily in Southern Italy as a response to the constant attacks from the northern part of the country. It was also exported to the United States where many Italians of southern descent migrated to. It kept the spirit of southern Italy alive in America and greatly protected the interests while attending to their security needs of them even while in exile.

The south west part of the country has been under vicious attack from the Fulani herdsmen as well as kidnappers and bandits which makes it unsafe for habitation. The Nigerian Police Force is terribly ill equipped to handle the needs of the region due to its defective centralized structure which doesn’t allow for the best intelligence gathering.

The concerned six south west governors came together to form the Operation Amotekun (Leopard in the Yoruba language) to combat the growing menace of insecurity in the land. These men couldn’t sit back and watch their people being mindlessly slaughtered and maimed and so they had to step in, think outside the box while proffering a solution to the nagging challenge.

The idea was well received by the public at the formal inauguration in Ibadan, the former capital of the western region where the Oyo state Governor Seyi Makinde played host to the other governors of the region.

Just when the region was about to say uhuru at last, the Attorney-General and Minister for Justice, Abubakar Malami threw the spanner in the works through a strange legal technicality when he said that it was illegal for any group or organization to form a group for the defense of any territorial part of the country.

This is ludicrous as one wonders why the chief law officer has suddenly become a kill joy. The northern part of the country has the Hisbah which functions in the same way as the operation amotekun plans to operate. Why didn’t he declare them illegal? The organization is notorious for its human rights violations in the course of its pursuit for a more secure north. They were in the news recently for the confiscation and destruction of millions of bottles of beer in Kano state. They also flog people for all sorts of crimes and there have been protests against their activities especially by the southerners living in the north as they surreptitiously encroach on their human rights since they are not bound by their religion to live under Sharia law.

The North East which has been under siege from the Boko Haram Insurgents for over a decade which has led to the death of over a hundred thousand and the internal displacement of over two million has been under the protection of the Civilian Joint Task Force. Why didn’t the Justice Minister proscribe them?

It is tragic that Malami is merely playing politics with the lives and protection of south west residents with a substantial chunk of them even originating from the northern part of the country where he hails from.

The basic constitutional right enshrined in the constitutions of all nations as well as international charters is the right to life which is an inalienable right. All other rights stem from this right. It is insensitive and cruel for him to propose an anti-people policy that purports to truncate this wonderful gift from our maker.

It is a well known fact that the Nigerian Police Force is not sufficiently equipped to effectively tackle crime in the south west region. They are grossly inadequate and the centralized and unitary structure makes it difficult for them to be as fluid as possible in the important role of intelligence gathering. How can an Ibibio man who was recently posted to Ekiti effectively gather intelligence when he doesn’t speak a word of Yoruba or is familiar with the terrain? This is the handicap of the current police set up. The operation amotekun is not replacing the police, civil defence corps or the other security agencies. They are only complimenting their efforts as it is impossible for the police to secure the lives of south westerners alone.

South westerners and residents alike should team up as one to protest against this directive from Malami as we owe it to our generations yet unborn to have a more secure region.