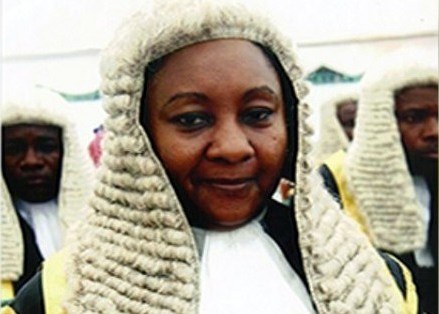 The Acting Chairman of the Economic and Financial Crimes Commission, (EFCC), Ibrahim Magu, has written to the Chief Justice of the Federation (CJN), Justice Walter Samuel Onnoghen, requesting that all EFCC court cases being handled by Justice Binta Nyako of a Federal High Court Abuja be reassigned to another judge in a bid to obtain fair judgement.

EFCC Prosecuting Counsel, Onjefu Obe, made this known during the trial of the quartet of Umar Audu Bida, Truth Igogori, Ifenyinwa Nwankwesiri and Ogechukwu Obaji who are being prosecuted by the EFCC over their complicity in a $1million fraud.

According to Obe, the concern of the Commission to reassign all EFCC cases before Justice Nyako, borders on likely bias on part of the trial judge, considering the fact that the EFCC was also prosecuting her husband, Murtala Nyako, a former Adamawa State governor for alleged fraud.

The EFCC had in 2017 arraigned the defendants before Justice Nyako on a nine-count charge bordering on conspiracy, forgery and obtaining by false pretence to the tune of $1million.

They allegedly defrauded Donald Latella of North Park LLC of the said sum in a business deal involving the supply of about two million barrels of Bonny Light Crude Oil.

The offence contravenes Section 8 (b) of the Advance Fee Fraud and Other Fraud Related Offences Act, 2006 and punishable under Section 1 (3) of the same Act.

According to Obe, he had come to court fully prepared with the prosecution witnesses to proceed with the case. But very unfortunately, the case (FHC/ABJ/C12/ 266/16), was not listed on the court’s schedule for today as it is yet to be reassigned to another court.”

Counsel for the second defendant, Solomon Agada, also lamented that his client usually travels from Lagos to Abuja for the case. He therefore urged the court to intervene and called for the speedy reassignment of the case in order for the case to proceed.

Both counsel, however agreed to await the reassignment of the case and thereafter mutually agreed on the next possible adjournment.