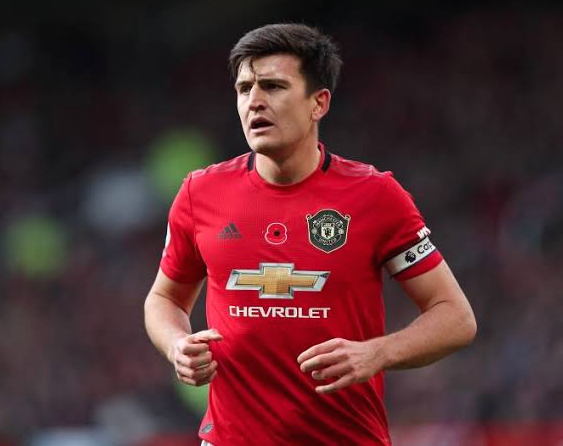 Harry Maguire has been named as Manchester United permanent captain following the departure of Ashley Young to Inter Milan.

The former Leicester City defender has been deputising for Young whenever the latter fails to make the starting eleven.

Maguire has made 29 appearances for Manchester United since joining from Leicester City in August 2019.

“Everything about him tells me is a leader,” said United manager Ole Gunnar Solskjaer.

“Harry will keep wearing the armband now.”
Maguire and his Manchester United teammates will be in premier league action against Liverpool at Anfield on Sunday.

Solskjaer is hopeful Marcus Rashford will be fit for the clash against the premier league leaders.

“We will give him the absolute amount of time to find out,”

“Marcus will have more checks and treatment today but I am not holding my breath. I would think he wouldn’t be ready but there is still 48 hours, so let’s see.”

Europa League: Wenger wants to Finish on a High Note