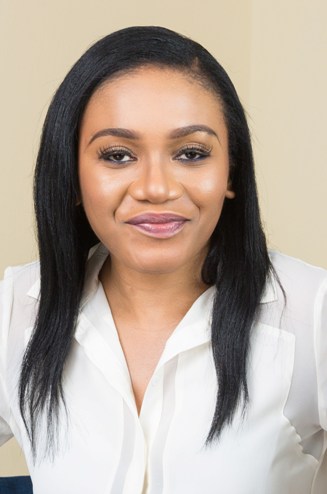 There are not enough women occupying Board or Exec level positions in African business, ita��s as simple as that. This is a travesty, because it removes African womena��s voices from mainstream conversations, and robs girls across the continent of strong female role models and the inspiration that they can bring. A lack of strong female voices also weakens business and politics more generally, because it removes the capacity for wide-reaching, representative debate, and the benefits that this can bring.

It is fair to say that a lack of mainstream female voices remains a global, rather than specifically an African problem. When Mark Zuckerberg came to Lagos, I asked him if Sheryl Sandberg a�� one of the few genuinely recognisable exec-level females faces in business across the world a�� would soon bemaking the same trip?

But based on my own experiences, I think it is fair to say that progress has been particularly slow in Nigeria and throughout the rest of Africa. As the former CEO of Spinlet, and now Founder and Managing Partner of organisational strategy and stakeholder engagement consultancy, RDF, Ia��m invited to speak at many conferences. Often the lone female, I see the other speakers glaze over, when I bring up gender issues. Women still make up an extremely low proportion of Board and Exec level positions across the continent, and the famous female faces that we are beginning to see in politics and entertainment, have so far not translated into the Mark Zuckerbergsa�� and Bill Gatesa�� of this world.

And the real problem cuts much deeper than job titlesa�� The very perception of women, and what it means to be a woman, needs to change a�� both in and around traditional business settings.

Having held strong positions in business and worked alongside male peers, Ia��ve looked on as older men have treated my male counterparts differently, often with more acclaim. One once markedly told me that the thing he admired most about my skillset was that I listened when he spoke a�� the true mark of a modest female.

More seriously, Ia��ve experienced instances of both external and intrinsic harassment a�� a by-product of a culture that promotes extreme masculinity and views the feminine body as something to be objectified and chased. Women are often discouraged from sharing strong opinions in the workplace, as opposed to their male counterparts, for whom it is encouraged. Looking back on the first part of my career I now realise that there were times when I deliberately forewent lipstick, wore trousers, and subconsciously tried to supress my femininity as much as possible, believing that the way to get ahead as a woman in business was, counterintuitively, to be as a�?unwomanlya�� as possible.

This approach not only detracts from female advancement, but from business success and political debate at large in an increasingly integrated, egalitarian, tech-focused world.

Take the example of the Royal Shakespeare Company (RSC) in the UK. The institution recently took the decision to produce an all-female directed 2018 season, the first time in the Companya��s history that this had happened. Interestingly Erica Whyman, Deputy Artistic Director for the RSC, says that her version of Romeo and Juliet will be a�?about a group of grownups who have let their young people downa�?. In a world of growing social, political, and cultural discord between the older and younger generations, the introduction of female blood into an historically male dominated realm is actually helping to move the conversation on, bring people back together, and facilitate forward debate.

FELA and the Kalakuta Queens, whichrecently opened at the Terra Kulture in Lagos, offers a morelocal example. Uniquely, the story focuses on Felaa��s many women (he married 27 wives) and the fundamental role they play in the making of Fela, rather than the musician himself. Female Producer, Bolanle Austen Peters – along with the showa��s sponsors – have taken a brave decision to tell the story from a new and bold perspective, providing us with an original narrative that moves the story on from the same tired telling from Felaa��s perspective. New ideas, new opinions, and new approaches can only be effectively leveraged if they are first given the platform to make themselves known.

It is this lesson that the business world needs to learn from some of the more headline sectors we find around us. Making African Womena��s voices mainstream is not just about equality for equalitya��s sake a��

ita��s about the advancements, progress, and success that diversity and new perspectives can bring. Businesses in Africa need more strong female voices if they are to succeed on the playing -fields and in the forums of tomorrow, just as much as more traditionally marginalised groups need to be welcomed into the business core.

At RDF, we believe in the power of strategic communication, organisational strategy, and stakeholder and community engagement, to propel businesses into the next level of success. Perspective is key, and unless mainstream businesses begin to reflect the full diversity of modern life, they are in danger of being left behind in an increasingly connected, tech-driven world.

Dr. Nkiru Balonwu is Chair of African Women on Board (AWB), and Managing Partner at RDF Strategies, a Strategic Communication and Stakeholder Engagement Consultancy that provides strategic counsel to Brands, Public Institutions and C-suite Executives. She can be reached via @nkirubalonwu

Much Ado About PMB’S Certificate