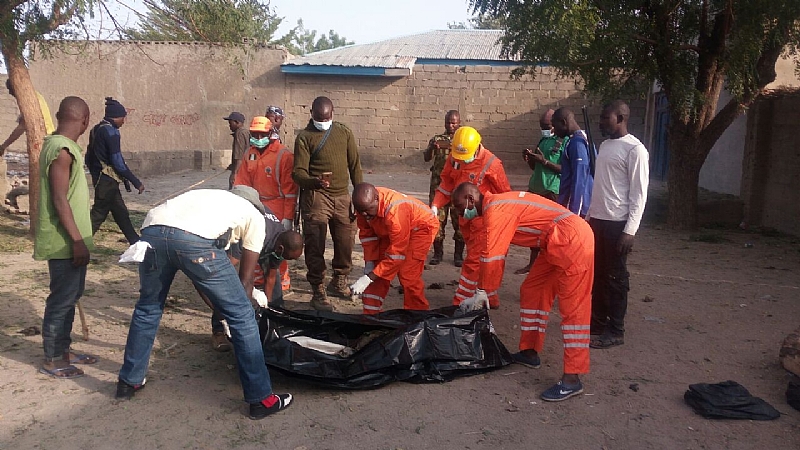 Four villagers and one suicide bomber were reported killed and six others injured in a Saturday night IEDs attack when a male suicide bomber attacked tungushe village in Konduga LGA of Borno state.

Born police command has confirmed that on Saturday a male suicide bomber detonated his explosives among a group of residents sleeping in the open in Tungushe village in Borno state at about 12:15 am (2315 GMT Friday).

“Four villagers, one suicide bomber were killed and six others were injured in the attack in tungushe village of Konduga LGA located in about six kilometres (nearly four miles) from the Borno state capital, Maiduguri.

“Fortunately all the cows returned to the village,” said Kyari. “I think the attackers are not used to herding cows and could not control them.”

The nine years armed militia violence to establish an Islamic state in Borno, northeastern Nigeria has killed more than 20,000 people.

Suicide attacks have increased in Borno state recently, prompting the military commander fighting the jihadists to offer a five-million-naira ($13,900) reward for information on bomb-making factories in the region.

On June 16, six young girls killed 43 people in suicide attacks in the town of Damboa, 80 kilometres outside Maiduguri.On Wednesday, 15 people were injured when two female suicide bombers targeted a market on the edge of a military base in the city.