Man City have £44.5m bid for Benjamin Mendy rejected by Monaco as Ligue 1 side demand deal to match Kyle Walker

Man City have £44.5m bid for Benjamin Mendy rejected by Monaco as Ligue 1 side demand deal to match Kyle Walker 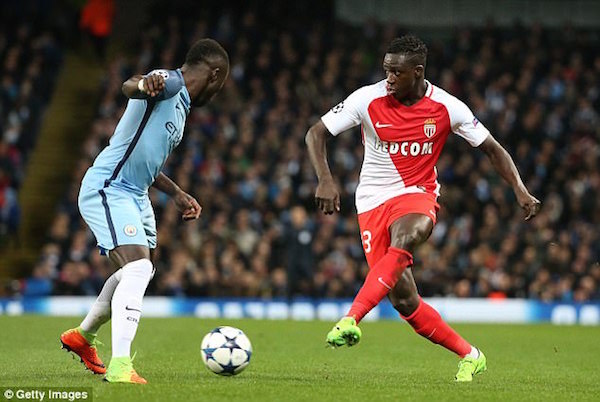 French champions Monaco have turned down a bid from Manchester City for French defender Benjamin Mendy, according to media reports on Thursday.

Pep Guardiola is desperate to add Mendy to his full-back options after releasing Gael Clichy, Bacary Sagna and Pablo Zabaleta this summer, but their £44.5 million ($55.7 million, 49.7 million euros) offer has been rejected.

The former Barcelona and Bayern Munich boss has already lured England right-back Kyle Walker to Etihad Stadium in a deal which could be worth up to £54 million ($70.1 million, 60.1 million euros) and Monaco are believed to want a similar amount for Mendy.

The 23-year-old, who made his France debut in a 3-1 World Cup qualifying victory over Luxembourg in March, won Ligue 1 in his first season with Monaco after joining from Marseille last summer.

The Premier League giants, who have already raided Monaco in the close season having signed midfielder Bernardo Silva, are also close to signing another full-back, Real Madrid’s Danilo.

Forum Calls For Restructuring Of Nigeria To Avoid War