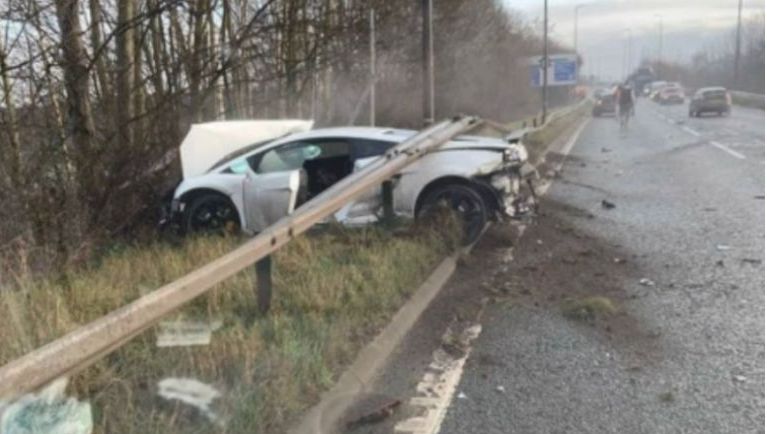 Romero’s 170,000 Lamborghini smashed through a barrier and into a hedge on the way to training at Carrington.

The Argentine international was on his way to training when the crash occurred, but he came out unscathed and participated in training.

Romero has been at Old Trafford since 2015 mainly as a back up goalkeeper for David De Gea.

He has played nine matches for the club this season.

It will be recalled that Manchester United lost 2-0 to Liverpool in the premier league on Sunday.