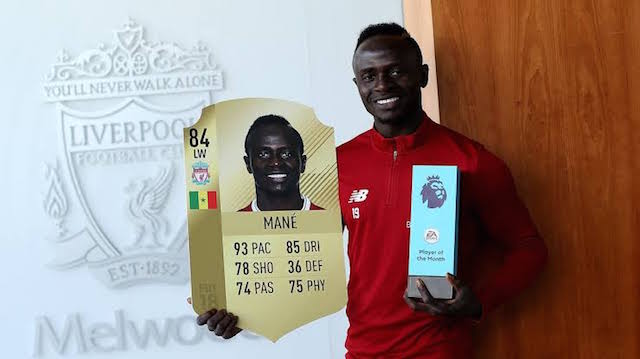 Liverpool winger Saido Mane has been named the premier league player of the month of November.

The 27-year-old was in a terrific form in November scoring three goals and providing one assist.

Mane has now won the award three times since joining Liverpool in August 2017 and March 2019.

The Senegalese international has scored ten goals for Liverpool in the premier league this season.