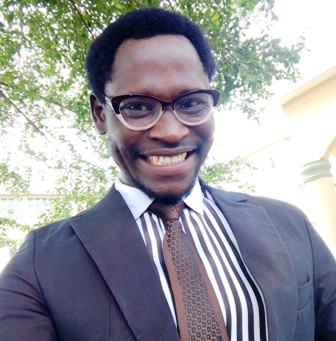 In several occasions I have heard this question: “will you marry an uneducated woman?” A girl even once told me “let’s don’t deceive ourselves, Denis, you know you are educated and I am not. We are no match for each other. I know I am not your class.” Inukwa.

I have taken adequate time to study this ugly trend coming from especially the male folks. Even those who are the uneducated ones. Unfortunately, most of us are swimming in a huge ocean of ignorance and as such make so many avoidable mistakes.

Many of us don’t know the difference between Schooling and education. We have to make that very important distinction before I submit. Schooling according to Oxford Advanced Learner’s Dictionary, New 9th Edition, is ” the education you receive at school”. Some passed through school and didn’t allow the school pass through them. Hence, not every schooled person is an educated person. Before I proceed, what is education? The aforementioned Dictionary sees education as “a process of teaching, training and learning, especially in schools and colleges, to improve knowledge and develop skills…”

According to Encyclopedia Britannica, Education refers to the transmission of the accumulated knowledge of the society from one generation to another.

The following could be deduced from the above analysis.

Not everybody who is schooled is educated. If the schooled person didn’t acquire the required knowledge from school he only was schooled but never educated.

Most schooled persons are certificate holders and certificate doesn’t transcend to actions. Hence, an educated person must be judged by his actions and not by the quantity or quality of his certificates.

Now who will you marry? An educated person or one who is schooled? It is now simple to answer the question.

I Abani Denis Akachukwu, will definitely marry an educated person. A person who knows the right things and does the right things always. A person who understands the very principles and ideas of human relationships. A person, who has acquired the right knowledge either as a graduate or one who never went to school at all yet knows what is good at every point in time. The name of the school you attended won’t make me marry you but the quality of your character and personality at every point in time matters most to me. Any certificate holder with an empty brain is an “educated illiterate and has no place in my life” Any unschooled person with a functional brain” is for me educated because he or she has acquired the right values and it shows in her daily routines.

Men, you now know before you make that silly mistake of equating every schooled girl with education. Is even annoying the most of the guys looking for educated girls are themselves uneducated. If you know, you know.

An educated person understands societal values, knows what is expected of them at all points in time, will always say sorry without hesitation whenever they are wrong, knows how to heal injury, they are peace makers, lovers of unity and promoters of oneness.

When you find one who is educated, the person fears God, the person understands the biblical interpretation of what marriage is all about. The person doesn’t make issues out of nothing. Pride is not in their dictionaries. Humility and decency are their watch words.

My brother, my sister, the calibre of school you attended doesn’t make you educated but the caliber of knowledge and how such school was able to transform you into an entirely unique and functional societal member that matters.

If you are educated, you won’t for any reason raise your filthy hands on your wife.

If you are educated, you will know your limits as a woman.

If you’ve acquired education, you won’t leave your beautiful woman at home and run after girls wearing school uniforms.

If you are educated, you won’t leave your husband and run after small boys.

If you are educated you mustn’t want to prove you are the man at all times.

If you are educated, you won’t dare your husband before guests at home. If you are educated you won’t dare to hit your wife nor raise your voice at her before your guests. Educated couples settle their differences in their bedrooms. They don’t exchange words before their kids. They control their emotions and do not allow it control them. Even when they have differences they manage them until they are totally taken care of. They do not carry their problems and place on the altar of public courts where the different parents in laws are their solicitors, their numerous friends albeit those who want their relationships broken, are their legal advisers and the Priests chief judges. At this point everything has gone wrong. No educated persons would allow things to degenerate to that point without using their education to resolve their differences only by themselves.

Note, one can acquire education without necessarily going to a formal school. While one can still pass through school without acquiring education. The choice Now is yours.

I really hope someone learnt something from this. God bless all of us and may we all marry the right type of persons

Conflict Between Politics and Governance, Bane of Economic and Social Development: A Case Study of Nigeria

Osun: Now that the strife is over!

7 thoughts on “Marrying the Educated Woman ”