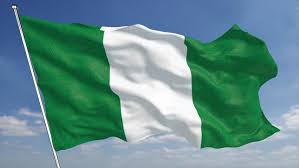 The reason people from the richest countries leave and come to Nigeria we hate so much, is because Nigeria is the easiest place in the world to make money; as long as you can hold your nose, they say. Those of us who think otherwise must accept we are cowards that cannot face the Vagabonds in Power and vultures sucking our blood, deny us riches of our land in exchange with Europeans, Americans, Asians and Arab for mirrors. Aided by Apologists of Crime Culture.

People have always known Political Pen Robbers as Mass Murderers. They kill more people daily by denying them access to food, salaries, hospitals, schools, while giving access to dangerous (or inadequate) roads and other infrastructure because they are indifferent. Yet, the same masses they are killing daily, glorify them. They deserve the worst punishment since they neglect youths to cross the desert and sea, but send their families or children to study in Europe or America while killing more communities and folks than drugs, armed robbers or Yahoo boys.

It was sad to see Nigerians maimed or killed before evacuation from South Africa just as it was regretful when we decided on Ghana Must Go. Irrespective of the reason for using crimes to paint innocent men trying to make an honest living around the world, many Africans are guilty of self-hate. We cry for casualties across the sea to Europe or America just as we sob for victims of crimes at home. Kicking out criminals can be justified, but painting majority of migrants with the same brush, solve no problem in any country. It only gives us a false sense of security.

Fortunately, most Africans still have countries they can go back to. Remember your path back home and do not burn bridges. But once we started normalizing crimes because you were not the first and not going to be the last criminal, we are lost. We should have known it was going to get worse for us at home. Crimes develop wings of their own and if they are not frown upon or stamped out by proportional deterrent, crimes perpetuates into 419, drugs and rituals.

Fellow Africans used to wonder: how many millions were there to steal in Nigeria before billion came into imagination? A few Nigerians celebrated becoming billionaires when the budget was still in millions, without any visible means of livelihood. After all, cronies, political contractors and middle men were selling their acquired licenses to import anything from used goods, pins to pencils in the name of liberalization, leading to the introduction of austerity measures.

Nigerians were happy that as long as they could source the money, anyone could import whatever they want without thinking about how their Country were going to pay. Forex market traders grew at the expense of petty traders. Shehu Shagari liberalization policy was just a sugar high then, we still cannot let go today because it increased food imports sharply as it relaxed bans, driving down prices for local farmers and enriching political and business elites .

Awolowo, a shrewd technocrat that managed the country Finance through a war without borrowing a penny, had warned them loudly that Nigeria could not sustain spending forex like drunken sailors. Richard Akinjide led in calling him: Prophet of Doom. Political Mass Murderers were encouraged by a fundamental change in the crime culture where Apologists normalized what was known mildly as dishonesty to the point of abomination into 419, drugs and rituals.

These Political Mass murderers became billionaires when Nigeria’s budget was in millions or millionaires when state or local budget was less. They were worse than armed robbers put to death but it never makes sense venting that anger by jungle justice on the poor hungry bellies for stealing food in our markets. Parents started turning a blind eye to the misdeeds of their own children after they have been reported for drugs or stealing: shey na your money he steal!

Forex market traders became billionaires rather than jubilating poor traders celebrating liberalization of market. The reason Buhari overthrew Shehu Shagari was that within his first 4 years, the Country went from a trade surplus, even with huge investment in the capital City of Abuja, to a deficit in two years. We forgot that Buhari had jailed Dr. Shodipo and Fela Kuti among others, for much less access to foreign currency than the petty traders of used goods, pins and pencils have today. Buhari even tried to smuggle Umaru Dikko back home.

Falana, the human rights lawyer is still looking for and wondering where is the same Buhari today and why the anti-graft agencies have not investigated the $16 billion purportedly spent on generating electricity in the country. The disappearance of the sum of $12.2 billion under the Babangida’s military junta that overthrew Buhari to cover up his own blemishes.

Since 1983 that the country went bankrupt we could not pay our bills and had to borrow.

Buhari was elected based on another spending spree by Jonathan Government that he was supposed to correct. We are wondering how long it is going to take to turn Nigeria around after Buhari four years without the fear of Babangida palace coup d’etat of 1983 lurking behind him.

The Psychology of Mass Killers: What causes it? How can you prevent it?

Buhari: Neither Federal Character Nor Equity

The State of Play (A Nation in Ruins)