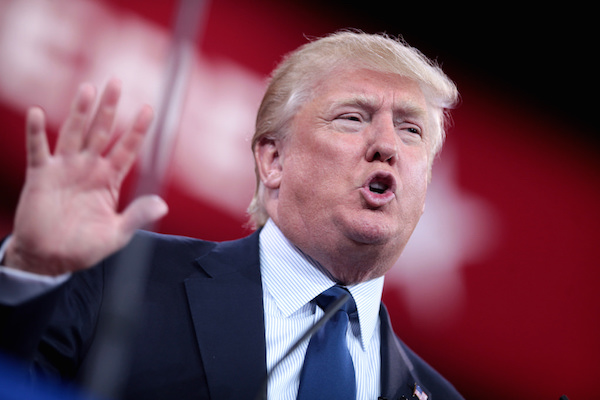 US President Donald Trump doubled down on his warnings to North Korea Thursday, saying his threat to rain “fire and fury” on it maybe “wasn’t tough enough.”

Speaking alongside Vice President Mike Pence at his New Jersey country club, Trump also said China could do “a lot more” to pressure Pyongyang to end its nuclear weapons program.

“They’ve been doing this to our country for a long time, many years,” he said. “It’s about time that somebody stuck up for the people of this country and for the people of other countries. So if anything, maybe that statement wasn’t tough enough.”

Trump warned North Korea this week it faced “fire and fury like the world has never seen” if it continued to threaten the United States with its missile and nuclear programs.

That prompted a defiant Pyongyang to threaten a missile attack on Guam, a tiny US territory in the Pacific that is home to a major US air and naval facilities.

The saber rattling set off diplomatic alarm bells, as well as mixed messages from Trump aides about US intentions.

But Trump pushed aside the concerns, telling reporters “there are no mixed messages.”

He said North Korea “should be very, very nervous. Because things will happen to them like they never thought possible, okay.”

He said the United States remained open to negotiations and once again suggested that he expected China to do more to bring North Korea into line.

“I will tell you this, North Korea better get their act together or they’re going to be in trouble like few nations have ever been in trouble in this world, okay?”

Sowore's Arrest: Calling a Protest is Not a Crime -Dr. Joe Odumakin