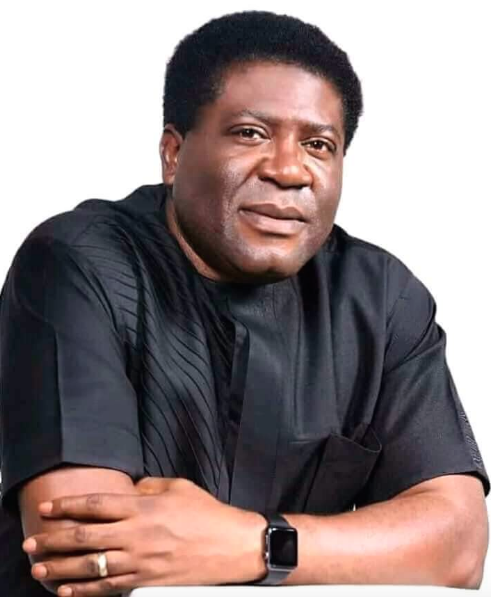 The party unanimously made the assertion, Wednesday, during a stakeholders meeting, which had in attendance local government executive members, Ward officials and the entire leaders of our party APC drawn from chapters, wards of the local government area.

Addressing stakeholders, the APC Chairman, Mbaitoli local government Barr. Tony Amadi told the leadership and other Ward and LGA level stated that as the 2019 general elections have come and gone including the court cases are all over, that all hands must be on deck in other to move the party forward both in the LGA and Ward level.

The Chairman took time to appreciate the doggedness of Governor Hope Uzodinma who despite all odds saw the window most people did not see towards reclaiming his mandate.

He ask the party stakeholders: “I hope we are all going full scale to work and win souls for our Governor (Hope Uzodinma) ? And they all answer in affirmative.

He declared: ” On behalf on Mbaitoli All Progressives Congress and standing on the powers of our Apex leader, Prince Ezeakonobi Madumere, immediate past deputy governor of Imo State followed by Chief Marcon Nlemigbo, the State Chairman of our party and, we hereby declare our unwavering support to Distinguished Senator Hope Uzodinma, Governor of Imo State with his deputy, Prof. Placid Njoku.

He further appealed to all members and leaders of the party to let go all their personal and collective differences to move the party forward.

His words: “the only way we can move the party forward is to be our brothers keepers and avoid anything that will hinder the progress of the party both in the LGA, Ward and State level. We must learn to forgive one another. I must urge us all to to shun backbiting and gossips because nothing can be as destructive.”

The immediate past House of Assembly Member of the good people of Mbaitoli LGA, Hon. Ifeanyi Nnataraonye (Olugbu) while welcoming the party faithful called for unity of purpose.

He expressed surprise how two or three members could be insulting to the leaders of the party to the extent of acting as impostors, deceiving unsuspecting public.

He also stated that he learned that one Kingsley Ononuju was parading himself as apex leader in collusion of some stranger elements.

At this point, the meeting became rowdy as the party stakeholders called on Nnataraonye not discuss Ononuju describing him as a prodigal son who will be called to order in due cause.

At this point Nnataraonye called for a massive support for Governor Uzodinma, his deputy, Prof. Placid Njoku and Prince Madumere, the apex leader of Mbaitoli who despite his ordeal has maintained high level decency and statesmanship in both Mbaitoli and State affairs.

He however pleaded for the embrace of some of the party members who would have erred in one way or the other, including those parading themselves around as what they are not.