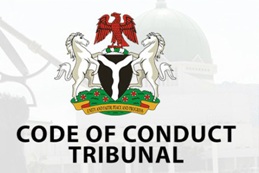 Lagos, Tuesday, April 3, 2018: Media Rights Agenda (MRA) today accused the Code of Conduct Tribunal (CCT) of non-compliance with the Freedom of Information (FOI) Act as it named the constitutional body as this weeka��s inductee into its FOI Hall of Shame.

In a statement in Lagos, MRAa��s Programme Officer, Mr. Idowu Adewale, noted that the Tribunal had consistently failed to comply with each and every one of its responsibilities under the FOI Act.

According to him, a�?It is ironic that a body established primarily to ensure the highest level of integrity in public service, based on the principles of honesty, transparency and accountability, is itself persistently flouting its statutory obligation to be transparent and accountable to citizens. One wonders how such a public institution can effectively fight corruption, strengthen integrity in public service or enforce compliance with the Code of Conduct for Public Officers while it continues to breach its own statutory duties and carries this moral and legal burden.a�?

Mr. Adewale noted that by virtue of Section 2 of the FOI Act, the CCT is required to proactively publish certain categories of information and constantly update and review such information whenever changes occur and accused the tribunal of failing to comply with this important provision of the Law.

He also observed that Section 29 of the Act places an obligation on the CCT, like other public institutions, to submit annual reports on the implementation of the FOI Act to the Attorney-General of the Federation, adding, however, that since the Act came in existence in 2011, the CCT has not submitted any FOI implementation report to the Attorney-General of the Federation.

Mr. Adewale accused the Tribunal of being in breach of Section 2(3)(f) of the Act which requires it to designate an officer to whom FOI applications should be sent and proactively publish the title and address of the officer.

He said the tribunal has also failed to carry out any training for its officials on the publica��s right of access to information and the effective implementation of the FOI Act, as provided by Section 13 of the Law.

Mr. Adewale argued that as a result of the Tribunala��s failure to submit its annual reports to the Attorney-General of the Federation over the last seven years, it was not possible to establish how responsive the CCT has been to information requested from it by members of the public.

He urged the Tribunal to respect the rights of members of the public to access official information by complying with the provision of the FOI Act.

Media Rights Agenda launched the Freedom of Information Hall of Shame in July 2017 to draw attention to public officials and institutions that are undermining the effectiveness of the Freedom of information Act, 2011 through their actions or inactions, decisions or utterances.

Christian Democratic Movement of Nigeria (CDM) condemns killing and persecution of Christians, calls for meetings between religious groups in the country