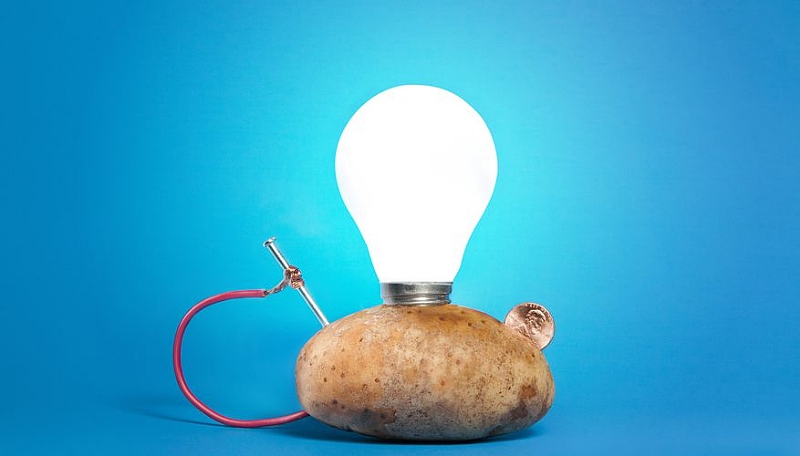 Nigerians have been identified as some of the most brilliant and intelligent individuals all over the world. Aside from passing out in flying colors from universities abroad, they also spend endless times inventing a new technology.

A young man identified as Alabi Olusola is going viral on social media for being able to generate electricity using sweet potatoes. Olusola thought outside the box as someone already invented inverters and generators.

Speaking with Backstagestory TV, Olusola disclosed that he no longer pays electricity bills at home and has been. He added that he embarked on the project six years ago.

He said revealed that he was not an engineering student but was a science student in secondary school and my knowledge of Physics has taken me thus far. What gave birth to this idea was due to the epileptic power supply in the country.

Olsuhola added that he hopes to develop a means where people can put their mobile phones in their pockets and their phones will still be charging.

When asked about if his invention will not cause any health damage, he discloses that due to some of the research he conducted, there are no side effects.

After Buhari Failed To Visit Site Of Lagos Explosion, Governor Sanwo-Olu Takes Photographs Of Tragedy To President In Abuja