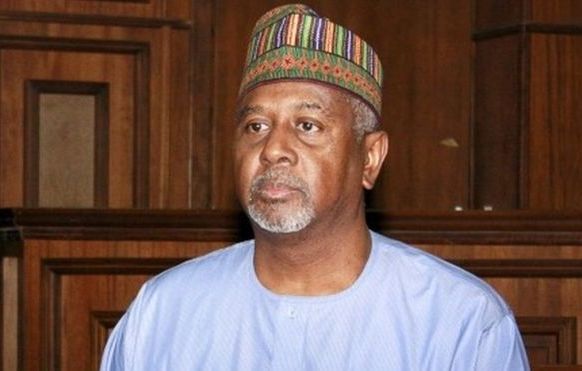 Dear Colonel Sambo Dasuki (rtd.),
As you spend your third year in illegal detention since December 2015, I am using this memo to intimate you about the brutal assassination of former Chief of Defence Staff, Air Chief Alex Badeh by gunmen along the Keffi-Abuja Highway. He was expected to open his defence next month January 16, 2019 in the trial of alleged criminal breach of trust.

You will recall your chance meeting with Badeh at the Federal High Court when you appeared to testify in Olisah Metuh’s case before Justice Okon Abang. You may also recall my exchange with the late Badeh, when I challenged him for not talking to the press about his achievements while in office. He retorted about how a section of the media had quoted him out of context and misrepresented the content of his valedictory speech, pertaining to his stewardship as Chief of Air Staff and Chief of Defence Staff, in 2015.

You may further vividly recall his statement on using the opportunity of his defence in court to provide facts, figures and material evidence on the military acquisitions, sophisticated training of troops and the success of counter-insurgency operations, as carried out during the tenure of former President Goodluck Jonathan.

We sympathized with him when he bitterly lamented that his family was being humiliated and persecuted, while his assets had been confiscated, bank accounts frozen, pilot flying license blacklisted, pension blocked, and how he was being criminalized through the deliberate malicious campaign of the current government, despite his meritorious service to the nation.

Unfortunately, many Nigerians are not aware that, Badeh, a son of a peasant farmer, was commissioned a pilot in 1979 and had flown many Head of States, including former UN scribe, Kofi Annan, Presidents Bill Clinton and Jimmy Carter, after comprehensive checks on his competence and integrity by intelligence service agents.

As Chief of Air Staff, Badeh initiated the programme on Optimising Local Engineering (OLE) to focus on developing indigenous Unarmed Aerial Vehicle (UAV) and other weapon systems for his fatherland. And, his initiatives had resulted in the first locally produced drone in Nigeria under AMEBO project, known as GULMA, which allowed the Air Force to survey and carry out attacks against criminal elements and terrorists remotely, without putting the lives of pilots at risk. He also initiated and completed the NAF hangar in Yola Airport and other infrastructure, while paying keen attention to improving staff welfare. In fact, he ensured all personnel who had kids in the Air Force primary and secondary schools got free tuitions.

On counter-insurgency campaigns, he was one of the arrow-heads in the formation and adequate funding of the Multi-National Joint Task Force (MNJTF) through the Office of the National Security Adviser (ONSA), when our neighbours were reluctant in fighting the scourge of Boko Haram. He was also instrumental in strategies of saving the lives of our pilots and preventing the crash of fighter aircrafts in the North-East, due to inexperienced pilots engaged in guerrilla warfare.

In fact, in collaboration with your office as NSA, Badeh devised the strategies of deploying the services of highly skilled and experienced foreign technical advisers who some refer to as ‘professional mercenaries’ to help with air operations, while Nigerian troops complete the ground operations in eliminating Boko Haram terrorists.

The late CDS BAdeh was billed to open his defence on January 16, 2019 before Justice Abang, but the unfortunate swiftness of untimely death could not make this a reality. We are aware that he intended to use the occasion to list the concrete achievements of the previous administration in military acquisitions, the training of staffs, and how some top classified operations were undertaken in the national and security interests.

I am very sure the late Alex Badeh would have used the opportunity of his defence to expose the hypocrisy of the AVM Jon Ode-led Presidential Arms Panel, whose members were involved in the illegal extortion of officers under probe. It was the Department of State Security Services (DSS) that painstakingly and courageously raided the residence of a member of the same probe panel, where illegal firearms, exotic automobiles, foreign and local currencies were recovered.

Before the Jon-ode probe panel was abruptly disbanded by the government, it only succeeded in shamelessly exposing the Nigerian Air Force (NAF) to public ridicule by portraying former Air Force chiefs (Umar Dikko, Badeh, Amosu etc) as being the most corrupt on the basis of frivolous and baseless allegations. In fact, AVM Alkali Mamu, who was prematurely retired on the basis of similar baseless indictments by the panel, has been vindicated by a court, with his innocence affirmed. The composition of that probe panel only served the narrow, mean and self-serving agenda of vested interests, which sought to rubbish the integrity of military and intelligence services by their assignment.

Not minding the fact that some appointments were not merited, President Buhari can be applauded for some of his foresight on sensitive assignments that require adequate intelligence gathering.. For instance, the appointment of Army Chief Gen. Tukuru Buratai, the National Security Adviser, Mohammed Monguno and anti-corruption boss, Ibrahim Magu, all from Borno State, can be considered as desirable in engaging the required intelligence people, in a State that is war-stricken by acts of terrorism. Even, though the terrorists are still operating in that axis despite these deliberate appointments, some searchlight should be beamed on the recent setback whereby several troops were ambushed and eliminated in that region.

I should not end this memo without appreciating the opportunity you gave me after I was prematurely retired from public service over my article against nepotism, when Dr. Ngozi Okonjo-Iweala was Finance Minister. As the National Security Adviser, you appointed me to render services to this country as a crisis communication consultant to security agencies. Undoubtedly, the professional interventions have fetched our organisation, PRNigeria continental and global PR awards and recognition on crisis management despite lack of patronages from the current system. I will forever remain grateful for that opportunity.

Meanwhile, it may interest you to note that a short while back, an industrial court ordered my reinstatement into the service and the payment of my remuneration for the last five years while I was on malicious retirement. Surprisingly, I also recently discovered that the Information Minister, Alhaji Lai Mohammed, who I had initially thought was against my reinstatement, was actually the one who instructed the Ministry on several occasions since last year to obey the order of the court on my reinstatement.

I pray the larger administration of President Muhammadu Buhari would emulate Mr. Lai Mohammed in instructing your release from detention, since at least six courts of competent jurisdiction have given the orders, even though the judges have not been courageous enough to enforce their judgements.

If President Buhari could not consider your relationship with him before you joined the Jonathan administration, he should consider the situation you met on the ground when you were appointed NSA in June 2012 and what it had become by the time you left the office in July 2015 when terrorists could not disrupt the national election.

I also wish you Happy Birthday, the third in illegal detention. And a Happy New Year in advance.

Yushau A. Shuaib is the Author of ” An Encounter with the Spymaster”

Buhari’s ‘New Affection’ for Jonathan and the 2019 Elections

12 thoughts on “Memo to Sambo Dasuki on Alex Badeh”