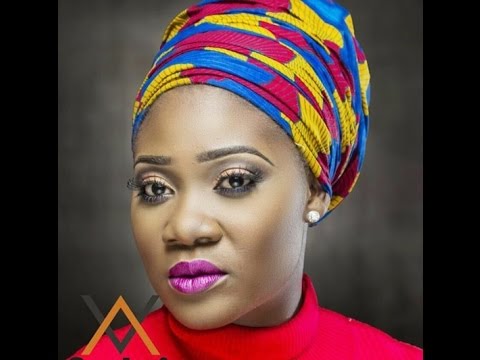 She has paid her dues. Having appeared in uncountable films and produced a couple, delectable actress Mercy Johnson-Okojie indeed deserves some accolades. No wonder, she was appointed Senior Special Assistant on Entertainment, Arts and Culture to the Kogi State governor, Yahaya Bello.

In this interview, the mother of three sheds more light on her latest movie, The Lamb, reveals secrets of her happy marriage as well as talks about her fears and reasons she craves more kids.

What were the challenges you encountered while producing your latest movie, The Lamb?

There are always challenges when you are filming. For a good start, I’d love to appreciate those that need to be appreciated. From the Chief of Staff to His Excellency, Governor Yahaya Bello, to the sons and daughters of Kogi State, we got a whole lot of assistance during the filming. We appreciate them all. Their support and contributions made it so easy for me during the production, because we all want the outside world to come and see what we celebrate as a people. We were so excited to have top Nollywood actors come into the state to celebrate our culture with us, through the production of a good movie for the big screen. We had some tiny issues here and there during production, but we scaled through. Now we are here to celebrate the success.

How long did it take to shoot the movie?

From conception to breathing, the movie took over a year.

Did you at a point get tired of the project, as it was taking too long?

No. I think I had so much faith in the project. I had responsibilities on my shoulders and I decided to see it till the end. It was a bit challenging but we fought it through.

Is this the first movie you’re producing?

No, it is my second actually.

There are many tribes in Kogi State, why did you single out the Igala people for a movie?

For me, it was more of showing to them that the Special Assistant to the Governor on Entertainment, Arts and Culture is not cut out for tribalism. It is not about the name ‘Honourable’ but for us to bring up the entertainment sector in the state to an enviable stage, that people would want to come and learn from us. So, if we had done an Ebira story, they would say, ‘oh yes, no wonder, that’s where she is from’. On that note, I said, “Let’s do something from the Igala tribe”. I then asked them to give me what they have and they were all pointing at different stories. We picked one and made it into a good film.

How then do you cope with your home front and duty as the SA to the Governor on Entertainment?

It has not been easy but I’m a home girl. There are priorities. God comes first, and then family and other things follow. Definitely, the family has to be settled before we talk about work. When I am not happy at home, I can’t function properly in whatsoever capacity. God, family and then others; it works well for me that way. As we are here right now, if I get a call from my children’s school about anything, I’ll push your recorder away and run off (laughs).

Seeing some of your social media posts, one is forced to believe that you tend to pamper your female children than the male, could this be true?

Yes, people tell me that a lot. But I think my son is more inclined to his dad. The guys roll, then the ladies roll (laughs). The girls roll like me, you know snake can’t birth fish, but my husband is a very quiet person and my son is just like him. When it’s time to make noise, my team rolls along.

Now that you are working tirelessly for the Kogi State government, after the appointment, would there be a time you will plunge fully into politics?

What if your people beg you to join politics for their sake?

I’ll equally beg them not to beg me. I just don’t want to do politics at all.

I can equally effect change in my community without holding any political office. My husband is already a politician, but I’m not. I think it’s enough on my shoulders that I’m responsible for some actions in the state. I also have influence on people as a film person. Everything you do is under scrutiny; that public eye is enough for me. I wouldn’t want to top it with political responsibilities. I can represent my community in a good light, help people, touch lives, do the best I can, and remain a good woman, but not with a political tag.

Are you scared of politics?

For a while now, you have been under heavy public scrutiny, how have you been coping?

It has been God. No one can undermine the media; you guys are powerful. There is no saying that I want to dodge the media because I’m always as real as it comes. So, I’ll say it’s God.

You always show off your husband on Instagram, the happy couple; so there is a belief that you’re out to mock those who are not as lucky as you are in marriage, what’s your take on this?

My dear, I am not in competition with anybody. I always do me, because I’m just myself. You can never tell what tomorrow will beget. I’m always me, even on social media.

Kids always want mummy around, how do you cope leaving your children for days while on location?

It has not been easy, but we are in the jet age. I am a working mother. I have to work. However, like I said earlier, it’s all about scale of preference. I give everyone and everything it’s own time.

When should we expect another baby from you?

Are you not scared of the labour room?

I’m obsessed with children. While growing up, I always had it in mind that I’ll have four children. So, we still need one more to complete it (laughs). So we can always play football correctly, three boys, three girls.

What gave you that bold scar on your neck?

I don’t want to talk about it. It’s personal. – The Sun