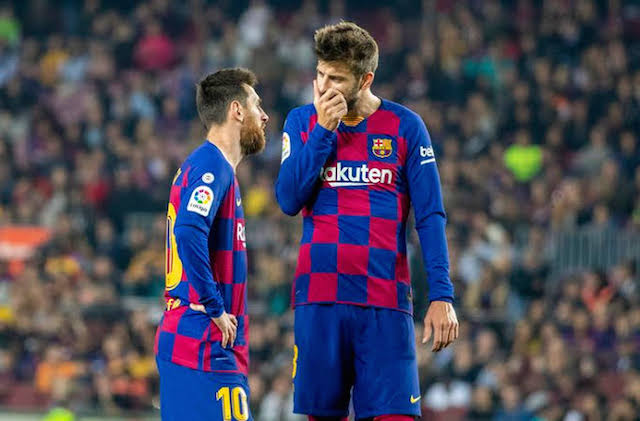 Barcelona captain Lionel Messi has been rested for the champions league match against Inter Milan on Tuesday after scoring a hat trick against Mallorca on Saturday.

The 32-year-old scored his 35th hat trick to help Barcelona return to the top of the league.

Messi missed Barcelona’s first six matches of the season due to injury but he has contributed 12 goals and five assists in his last ten La liga matches.

Barcelona have booked their place in the second round of the competition but same can not be said of Inter Milan who need a win to qualify.

Valverde has opted to leave Messi out of his final 20-man squad to allow him rest ahead of the Clasico clash against Real Madrid.

Gerrard Pique, Serge Roberto, Ousmane Dembele are also out of the match.

Dortmund and Inter Milan are tied on the same points.

21 thoughts on “Messi, Pique Out Of Inter Milan Clash”