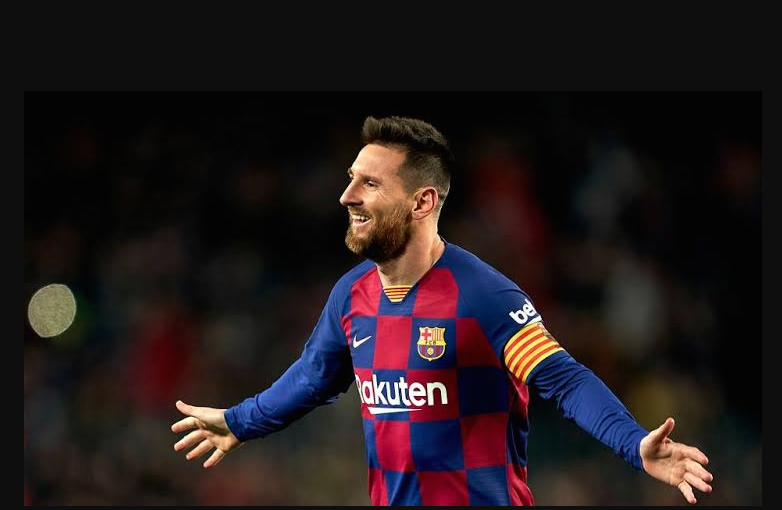 Messi scored three goals in 26 first-half minutes to give Barcelona a 3-0 lead in the first half.

He opened the scoring with a brilliant solo effort in the 15th minutes before adding another one into the left corner, he took the game beyond the visitors with a routine finish to complete his hat trick just before halftime.

Martin Braithwaite came off the bench to make an impressive debut for Barcelona assisting Messi’s fourth goal and he had a hand in Arthur’s goal as Barcelona warm-up for the champions league clash against Napoli on Tuesday with a big victory.

Barcelona coach Quique Setien admitted that he was surprised by Braithwaite’s immediate impact on Barcelona.

“Braithwaite did more than I expected, much more, “

“Honestly, I think we’ve made an extraordinary signing. He will adapt perfectly to what we want to do, he was involved in two goals and he understands the game so well.”

Real Madrid suffered a 1-0 loss to Levante to dent their title hopes.

Eden Hazard also limped off in the second half to add to Real Madrid problem.

Levante forward Jose Luis Morales won the game with an unstoppable strike in the 79th minute.

“A week ago we were three points clear and now we’re two points behind, that shows you cannot afford to switch off,” said Real defender Dani Carvajal.

“We wasted a lot of chances, we began well but got worse as the game went on and we have lost three points.”

Sarri not aiming to repeat Napoli formula at Chelsea