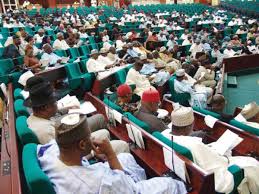 The House of Representatives, on Tuesday, began investigation into the 1 billion dollar appropriated for procurement of arms and equipment in the fight against Boko Haram in the North East.

The lawmakers also demanded that the Nigerian Army should, after due consultations with families of soldiers killed in the Nov. 18, insurgents’ attack in Metele village in Borno, release all their names.

The resolution was sequel to a motion by Rep Chukwuka Onyema (PDP-Anambra) at the plenary presided over by Speaker Yakubu Dogara in Abuja.

The News Agency of Nigeria (NAN) reports that President Muhammadu Buhari had approved the release of 1 billion dollars for the procurement of security equipment to be used in the fight against Boko Haram insurgents.

Moving the motion, Onyema, who is the Deputy Minority Leader, noted that many Nigerian soldiers of the 157 battalion were massacred by Boko Haram insurgents, who now called themselves Islamic State West Africa, in Metele in Borno State.

According to him, the initial figures of the casualty put the death toll at 44 but as more details emerged, it is now confirmed that many more soldiers and officers were killed together with their commanding officer, Lt. Col. Ibrahim Sakaba, while others are still missing.

“The House notes that according to reports, the insurgents carted away large consignment of weapons from the Melete army base which security experts say would embolden them and pose great danger.

“The House observed that while the news of the attack and death toll continued to increase, neither the President nor the Minister of Defense or the army authorities said anything about the report as there was silence for more than five days.

“The House notes that the President and C-In-C finally broke his silence six days after the attack in a statement issued on his behalf,” he said.

The lawmaker said it was unfortunate that in the last one year, no fewer than 600 Nigerian soldiers were killed by insurgents, mostly in Borno State around the fringes of the Lake Chad.

He enumerated instances of attacks launched by Boko Haram against Nigerian soldiers within the year under review.

Onyema, who expressed regret that while the executive continued to insist that the insurgents had been technically defeated, he said they seemed to be waxing stronger on a daily basis.

“The House recalls that twice in three years, the Commander-In-Chief gave directives to service chiefs to permanently relocate to the Theatre Command Centre in Maiduguri until Boko Haram is defeated,” he said.

The Speaker, Mr Dogara, after over an hour deliberation on the motion, described the development as an eye-opener.

He said it was time the leadership in the country began to take responsibility and not to apportion blame.

When the motion was out on a voice vote by the speaker, the lawmakers unanimously adopted it.

An ad hoc committee to investigate all funds appropriated for utilisation by the Armed Forces for the fight against insurgency was set up by the House.

The committee was also charged to look into the operational lapses that led to the killings of the soldiers.(NAN)