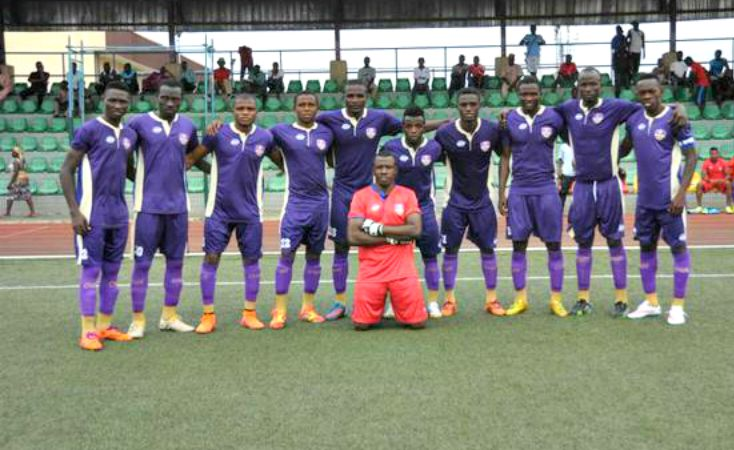 MFM FC beat Real Bamako 1-0 at the Agege Township Stadium to qualify for the next round of the CAF Champions League.

The Olukoya boys had earlier played a 1-1 draw in Bamako, Real Bamako needed to score a goal in Agege to stand a chance of progressing to the next round, but MFM goalkeeper, Ospino Egbe kept the Olukoya boys in the tie by denying the Malians.

The first half ended goalless with Ayinde Abiodun missing two glorious chances for the Lagos based team.

MFM took the lead in the 81st minute when Akuneto Chijioke diverted substitute Lawal Abayomia��s superb cross into the net to give MFM their first ever win in the CAF Champions League.

MFM will slug it out with Moloudia Club Da��Alger of Algeria for a place in the group stage of the Competition.

Meanwhile, NPFL Champions, Plateau United beat Eding Sport of Cameroon 1-0 in Yaounde to qualify for the next round of the CAF Champions League.

Plateau United won the first leg 3-0 in Jos, but the Cameroonian wanted a revenge.

The first half ended goalless, Raphael Ayagwu scored the only goal of the game in the 51st minute to extend the Nigeria Professional Football League Championsa�� advantage.

Plateau united held on to claim a 4-0 aggregate win to qualify for the next round where they will play Etiole du Sahel of Tunisia.

Akwa United overturned a first leg home deficit to qualify for the next round of the CAF Confederation Cup.

The Promise Keepers lost the first leg 2-1 in Uyo but they fought back in Gambia to seal a place in the next round of the competition.

Akwa United won 2-0 in Gambia courtesy of goals from Cyril Olisema who scored a brace.

The Uyo based club will face Al Ittihad of Libya in the first round in March.