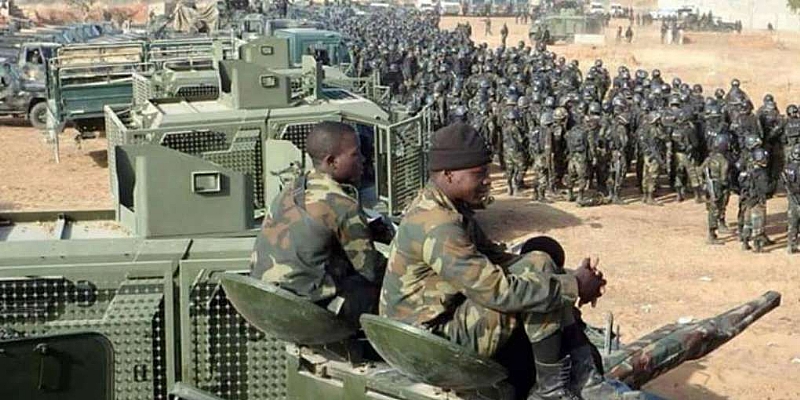 military is allegedly planning to attack Gbaramatu kingdom again as they have done before bombarding the area.

The peaceful serene in Oporoza, the headquarter of Gbaramatu kingdom and country home of the former warlord declared wanted by the president Mohammadu Buhari-led All Progressives Congress (APC) government, Government Ekpemupolo, aka Tompolo, has been allegedly over taken by military men.

A statement made available to journalists by the Fiyewei (Spokesman) of Gbaramatu Kingdom, Chief Godpower Gbenekama Sunday he frowned at a situation where the military has decided to cause unnecessary panic and fear among the peace loving Gbaramatu people in Warri south west local government council who have co-existed peacefully with their neighbours.

Chief Gbenekama disclosed that apart of military gun boats positioned at Oporoza, there are military helicopters hovering around the area, adding that the military is allegedly planning to attack Gbaramatu kingdom again as they have done before bombarding the area.

The Fiyewi of Gbaramatu appealed to the governor of Delta state, Ifeanyi Okowa, who is the chief security officer of the state to intervene and call the military not carry out their alleged evil act against Gbaramatu people.

He stated further that they are living peacefully with their neighbours, no pipeline vandalism in the area and that the Pere of Gbaramatu Kingdom, Oboro II, has been receiving and giving his royal prayers to politicians coming to campaign in his domain irrespective of political parties, tribe and wondered why the military have decided to create tension in that part of Niger Delta.

The Gbaramatu Spokesman said as they approach the February 16 and March 2, 2019 elections, the military should not cause mayhem to the people of Gbaramatu as they have chosen to negotiate their demands with the federal government peacefully, despite the poor development of the area and poor funding of the Nigeria Maritime University, NMU which is entering its second academic session at its temporary site at Kurutie, Gbaramatu.

Madam's driver, housemaid conspire with armed robbers to rob her of N18million gold in Osogbo