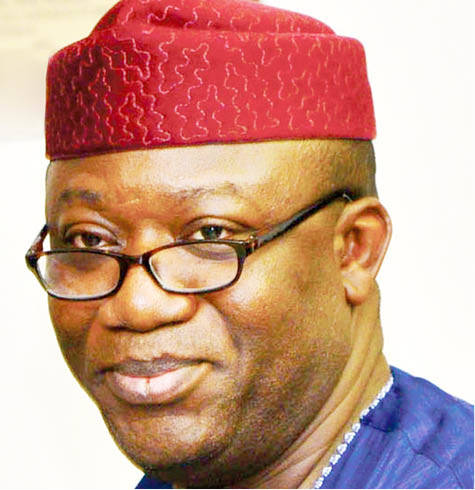 A professor in the Department of Adult Education, University of Ibadan, Tajudeen Akanji, has condemned the Ekiti State, Governor, Dr Kayode Fayemi, over claim that governors earn equal salaries with Nigerian Professors.

It would be recalled that Governor Fayemi recently presented to the international community that a governor earns less than the $1,500 salary of the highest paid professor in Nigeria.

The University Don who spoke to journalists in Ilorin Thursday said:, “This claim shows how our rulers have relegated governance to an art of lying.”

According to him, “A post which he sought for with a whopping 22.5m nomination form couldn’t be that cheap. No Nigerian professor earns up to 500,000 after tax.

Our universities can’t even attract international professors from Niger republic not talk of Europe because they won’t accept $1500 as pay.

“That is why our universities can’t compete ratings with them. A newly promoted professor would travel through the steps for 10 years to get to 502,000 gross pay, and after tax, pension and other deductions, he gets far below N500, 000.

This is a place where governors virtually live on the state with humongous allowances and countless number of aides.”

Prof Akanji further stressed that, “A nation where senators take 13.5m as running cost monthly. The budgetary allocation to education now is just 6%. You cannot put something on nothing.

This is a sad moment in our history and all men of reason must speak out at this moment. Selling and buying of PVC must stop. Let us take our destinies in our hands.

“ASUU has realized that no one will struggle for the survival of public universities except intellectuals lead the way.

Funding public universities should be taken as a serious matter, and we’re prepared to go the whole hog to get this through. When the primary and the secondary schools collapsed, investors and traders took over the space and made profits at the expense of standards.

“Now the focus has shifted to the universities, and this is the final onslaught. If you check the ownership structures of the existing private universities, you are likely to tremble.

The national assembly is struggling to amend the TETFUND law so that private universities can now draw from our common wealth to promote their private enterprises.

“Two members of the committee have their private universities and are bent on seeing this through. They are the same set of people agitating for the establishment of education bank, the law was passed without public hearing.

Students are now expected to obtain N1m loan out of which N700, 000 will be paid directly to the universities. This will help to boost their patronage and profit which are very low at present because of the very exorbitant fees which they charge in a society where majority live on less than $2 a day.

While reacting to the state of the nation’s education system, Prof. Akanji said: “By the time we all get inflicted by the raging opium and sleep away, while the public universities are sent under by the oppressors, posterity will not forgive us.

“Recently, a whopping sum of N800 billion was used to bail out Skye bank, yet we complain that we don’t have money to fund the public universities. It is really sad. A people united can never be defeated. The time to speak out is now.”