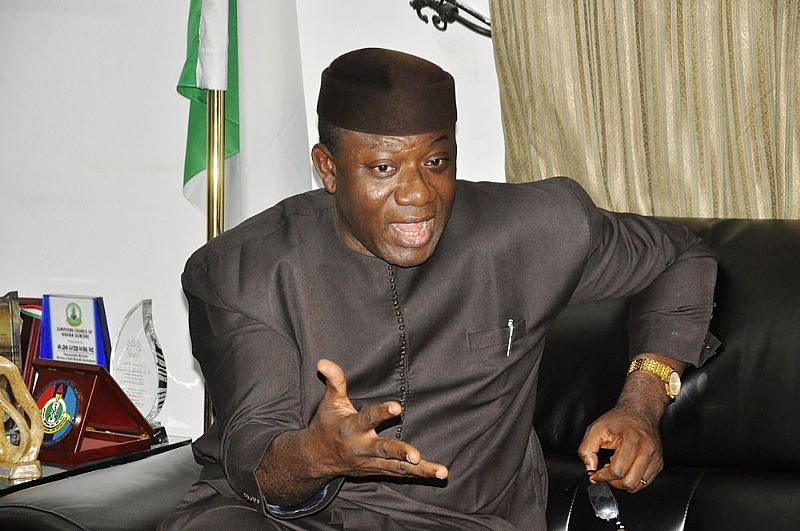 The Federal Government has engaged the services of about 100 revenue consultants to work on areas of leakages in the revenue accrued from the mining sector, with a view to shoring up earnings from the sector.

The consultants, who would be deployed to the six geo-political zones of the country in the coming week are to examine financial and production records of companies involved in mining activities in the last six years, to determine whether appropriate royalties were remitted to government.

The Minister of Mines and Steel Development, Dr Kayode Fayemi, who disclosed the new step being taken by government during the opening of the three-day induction and training for the Revenue Consultants in Abuja on Monday, said the main target of the ministry is to ensure that the Federation Account gets its fair due in royalties and taxes.

According to Dr Fayemi, the project, tagged a�?Revenue Optimization and Verification Projecta�?. Would assist in blocking leakages in the mining sector, thereby positioning the sector to achieve its set agenda of contributing significantly to the GDP.

a�?Our expectation of this project is that the Ministry would emerge as a lead revenue agency for the Federal Government of Nigeria, in line with the growth projections of the Economic Recovery and Growth Plan (ERGP), which recognizes the mining sector as one of Nigeriaa��s most promising growth sectors, and acknowledges that its contribution to GDP doubled from N52 billion in 2010 to N103 billion in 2015. The ERGP further projects that revenue from the mining sector would grow from N103 billion (2015) to N141 billion (2020) at an average annual growth rate of 8.54 per cent (2017-2020)a�?

Dr Fayemi said he is optimistic that the ministry would surpass these targets, as all stakeholders work collaboratively to ensure the success of the R.O.V. Project, resulting in improved levels of voluntary compliance of operators.

The Minister admitted that leakages in government revenue was a big challenge in the mining sector, a development, which he said the ministry was determined to redress with the ROV Project, following its approval by the National Economic Council (NEC).

He said: The R.O.V Project is an initiative of our ministry, pursuant of one of our core mandates, which is to significantly increase the contribution of the Mining Sector to our sovereign revenue.

a�?Indeed, leakages in government revenue remains a big challenge in the sector, which we are working collaboratively with other government entities and sector stakeholders to fix. We have given considerable thought to this challenge and come up with a number of strategies to tackle it, one of which we are witnessing its launch today.

a�?I am therefore pleased to announce that following the approval of the National Economic Council (NEC), we are today inaugurating a new model of revenue generation and collection in the mining sector. This entails the engagement of Professional Revenue Consultants who would work with our ministrya��s mining officers to identify revenue leakages in the system.

a�?The Revenue Optimization and Verification Project essentially seeks to confirm the adequacy of royaltiesa�� remittances made by the various operators in the mining industry. They are mandated to collect and analyse data from 2012 a�� 2017 in the course of their work, thus giving us the opportunity to demand and receive accruals due to government from the referenced period. It would also ensure compliance of all operators to paying the correct amount in royalties to the government coffers going forward.

Speaking further, the Minister who was represented by the Permanent Secretary of the Ministry, Dr Muazu Abdullahi, said the project was not designed to witch hunt anybody, even as he warned the consultants to avoid any shady deals.

a�?This is not a witch hunting initiative, but the exercise of the statutory responsibility of the Ministry to determine the adequacy of remittances made by the various operators in the mining industry.

Dr Fayemi added: a�?The image and reputation of the Ministry of Mines and Steel Development, and indeed the entire Federal Government of Nigeria is key during this Revenue Optimization and Verification Project; therefore, we charge all consultants to stand for what this government stands for by avoiding any form of compromise, illegality and unprofessional conduct.

The Project Coordinator, Mr Makinde Araoye, said the projects is at no cost to the Ministry as the National Economic Council approval stated that consultants and the ministry take a certain percentage of whatever is recovered.

The consultants which have already been grouped into all the 36 states in the six geopolitical zones of the country are to commence work after the training programme.