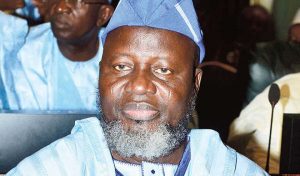 The Minister of Communications, Adebayo Shittu was on Wednesday stopped from distributing President Muhammadu Buhari’s re-election election campaign caps at the cabinet meeting.

Shittu, who put on the cap with the inscription ‘Continuity ’19: Muhammadu Buhari/Osinbajo’, had brought a bag containing the caps for distribution to cabinet members.

Sources at the meeting said the Secretary to the Government of the Federation, Boss Mustapha, disallowed the planned distribution of the caps.

English PFA Player of the Year award won by Salah