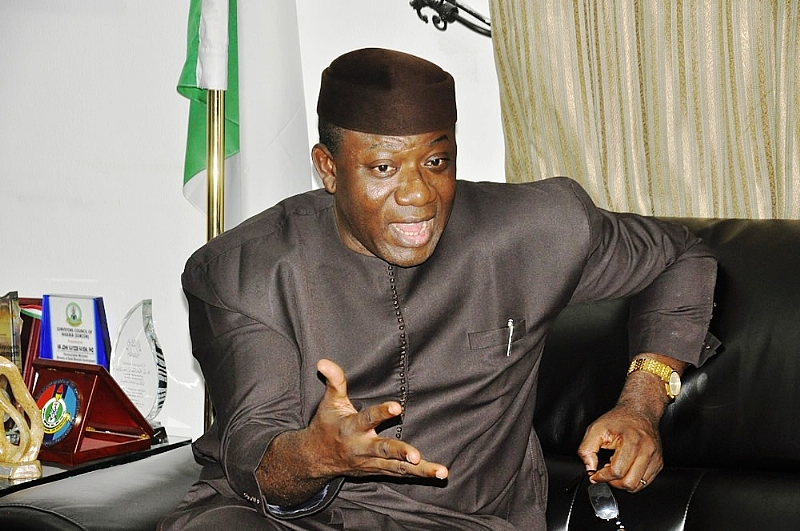 The attention of the Minister of Mines and Steel Development, Dr KayodeFayemi, and the Minister of State for Mines and Steel Development, Hon AbubakarBawaBwari, has been drawn to the a�?Vote of No Confidencea�? reportedly passed on them by members of the House of Representatives following their inability to attend the Housea��s Sectoral Debate on Iron and Steel Sector on Thursday, March 1, 2018.

While the offices of the two ministers have been inundated with countless media enquiries regarding their absence shortly after the pronouncement, it is important to state unequivocally that the inability of the two ministers to attend the debate was duly communicated to the leadership of the House in two separate letters.

One then wonders why the House members took such a draconian stanceagainst the two Ministers whohave very cordial relationships with the National Assembly.

It is rather unfair for the House members to categorise the Ministers absence as a�?boycotta�?, when they were adequately notified.

Tolerance and moderation are essential ingredients in public service engagement. In this particular case, they appear to be in short supply and the ministry believes that there is more than meets the eye on this matter.

After all, the Ministers are always willing to engage the honourable House and its leadership at all times. It is on record that Minister Fayemi was the first Minister to address the sectoral debate in 2016 and the Ajaokuta Steel Complex was extensively addressed on that occasion.

Subsequently, the House Committees on Privatisation and Public Petitions held special sessions on Ajaokuta and the Minister of State, Hon BawaBwari addressed the members on those two occasions.

Given this past record, todaya��s action is most unwarranted and unfortunate.