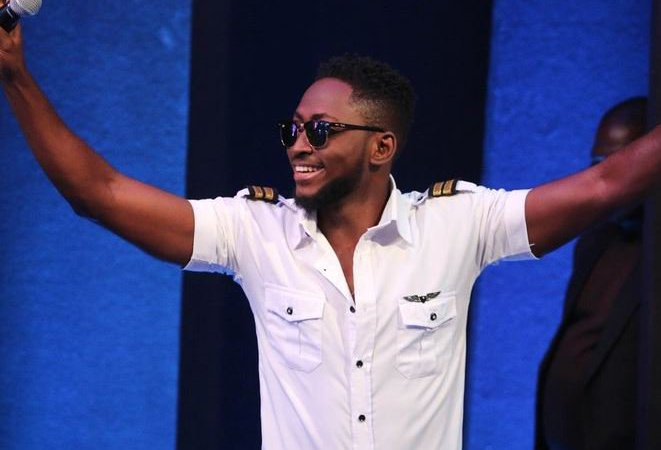 The Big Brother Naija Reality Show streaming live from South Africa ended today on a classic note with Miracle winning the grand prize, N25 million and an SUV valued about N12 million, N4.7 million worth destination trip and other items, home system valued at N3.3 million. Miracle scored 801 votes about 46 percent of total votes to emerge as the golden boy of the show.

Miracle gave a good account of himself while the show lasted. He was calm and bonded well with his lover, Nina. But Miracle, the only pilot in the house stunned many viewers when he ate the apple, by having sex with Nina, the first of such incident in the BBN house. But the sexual escapades of Bambam(not qualified for the final), soon made Miracle and Ninaa��s affairs a childa��s play.

Miracle is also quite creative. He did well to advertise his profession as a pilot by bringing a toy jet to the house which he tried to dissemsemble and couple together a number of times to create awareness about his profession.

Although Cee-C did not win, she will for a very long time remain in the minds of many for bringing drama to the house. She stole the show, when she came in with fake ass and then the drama with Tobi in the house, when she abused him calling him all sorts of names, including fuckboy.

Speaking after his eviction, Tobi confessed he has feelings for Cee-C even though things did not go well with both of them in the house but said he will mend fences with her.

Side attraction of the evening was Davido and other musicians called in to thrill the audience. Miracle also won N1 million from payport for having the best time in the BBNaija House.