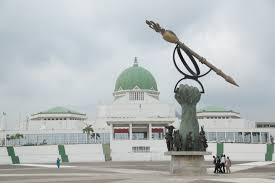 It is very embarrassing that the Senate in their characteristic manner of showcasing that they have been turned to an extension of the Presidency declared that the Governor of Edo State, Godwin Obaseki should, issue a fresh proclamation for the State House of Assembly. This singular action of the hypocrites and sycophants we have at the upper chambers (Senate)who have bastardised the sanctity of the Senate is an insult on the collective intelligence of all Nigerians most importantly the good people of Edo State as their declaration does not have any constitutional backing.

It must be noted that the present crop of legislators that we have at the National Assembly are, on a daily basis with their activities since inauguration painting a bad image of the country amongst the comity of nations. It cannot be gainsaid that the institution of the National Assembly which is empowered by the law to legislate and make laws for the peace, order and good government of the federation has deviated from the purpose of establishment to being an appendage of power in the hands of the executive. It is very saddening that rather than call the President to order as they have been empowered to in Sections 217 and 218 of the Constitution of the Federal Republic of Nigeria 1999 (as amended), they have continually observe helplessly how he has been acting in gross violation of the rule of law which poses a greater threat to the country’s budding democracy.

It is the height of irresponsibility and insensitivity on the part of the National Assembly that, rather than intervene in the Edo Crisis with an unbiased mind, they decided to deny elected representatives of the people at the State level their power to legislate on issues that concerns the State by threatening to shut the House of Assembly down. This, is a huge slap on democracy as it is against democratic cannons and ethics. It is imperative to remind the National Assembly that they do not have any power whatsoever under the Nigerian constitution to order an executive governor of a State to issue a fresh proclamation for a House of Assembly.

It need be stated that Section 11 of the Constitution of the Federal Republic of Nigeria 1999 (as amended) only empower them to make laws for States House of Assembly where States House of Assembly are unable to perform their functions by reasons of the situations prevailing in the State. Without mincing words, one would realise that there is no situation that prevail on the Edo State House of Assembly not to perform their functions as provided for in the Constitution and that the National Assembly is only being unnecessarily mischievous as a result of the fact that they have been turned to a rubber-stamp institution in the hands of the executive.

The National Assembly should not turn a blind eye to the subsisting court orders that the status quo should be maintained. They (House of Representatives and Senate), the Police and the Department of State Security Services have been precluded from interfering in the affairs of the State Assembly. The Senate should not play the ostrich by side tracking the law. Lawmakers who represent an institution that is a tool for social engineering should not be seen to circumvent the law in the bid to force the unimaginable down the throat of the Government of Edo state and the people of Edo state at large.

It is instructive to note that the failure of the National Assembly to give a tangible reason as to why a fresh proclamation should be made which is in entirety ultra vires ab initio shows that they are very much aware of the validity of the proclamation that was issued by Governor Godwin Obaseki. With reference to Section 96 of the Constitution of the Federal Republic of Nigeria 1999 (as amended), the 9 members of the Edo State of Assembly that were present at the inauguration of the House validly constituted the one-third quorum required by the Constitution for the sitting of the House.

The National Assembly must be reminded that the Constitution does not give them the power to challenge the proclamation that was issued by the Governor in consonance to Section 105 (3) of the Constitution of the Federal Republic of Nigeria 1999 (as amended) and, as such, their order for a fresh proclamation to be issued is null and void ab initio and cannot stand the test of time. The National Assembly should allow the aggrieved members of the Edo State House of Assembly challenge the legality of the proclamation and inauguration in a competent law court and concentrate on issues of National importance which have seen the President act in flagrant disobedience of the rule of law.

Imo State: Where Slapping, Recovery Are Understood Than Governance

119 thoughts on “Misconceptions Of The National Assembly”