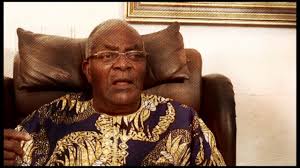 The great and eternal English playwright, William Shakespeare famously wrote that ‘Some are born great, some achieve greatness and some have greatness thrust upon them.’

The late Mobolaji Olufunso Johnson, the pioneer military administrator of Lagos had the rare combination of all the three forms of greatness. His father, Joseph Modupe Johnson was a former Minister for Information and so enjoyed a privileged upbringing. He had the benefit of a good education at the famous Hussey College, Warri and Methodist Boys High School.

After leaving MBHS which his father also attended, he took an unpopular course of joining the military. For the son of a politician to join an institution that was seen in those days as those for the societal dregs must have caused some altercation between him and his father. We recall the anguish of Sir Louis Phillip Odumegwu-Ojukwu when his famous son, Dim Chukwuemeka Odumegwu-Ojukwu joined the army after his very expensive education in the United Kingdom. Unfortunately, we don’t have the details of what must have transpired between Mobolaji and his dad.

The military took over power in 1966 and fate thrust the Omoluabi as the first military administrator of Lagos at the tender age of thirty under Major-General Johnson Aguiyi-Ironsi. After Ironsi’s assassination, General Yakubu Gowon created Lagos as a state alongside eleven others and made him the first military governor.

As governor, he ensured that Lagosians were kept safe during the Nigerian civil war. After the war was won, he made judicious use of the sudden oil boom by building the Eko Bridge, Third Mainland Bridge, The Bridge linking Epe to Ikorodu, Lagos-Badagry expressway which connected Nigeria with Benin Republic, Ghana and Togo. He also reclaimed the bar beach shoreline and led the drive for citizens to promptly pay their taxes.

He invested massively in the infrastructural development of the state and laid the foundation for the economic prosperity the nation’s former capital currently enjoys.

The military had always been associated with corrupt activities which cast a huge slur on their rule despite their altruistic motives. After the overthrow of the Gowon regime, Johnson was invariably out of power as the new helmsman, General Muritala Ramat Mohammed appointed a new helmsman. A commission of enquiry was instituted to probe the activities of all the twelve governors and he was among the only two found not guilty of not corruptly enriching himself while he held public office. This was indeed a breath of fresh air and a testimony to the fact that not all public officials are corrupt. There are still some exceptions to the rule and he was certainly one of them – a great role model who didn’t taint his highly cherished family name for the ephemeral thrill of filthy lucre.

He went into private business afterwards and was appointed a Director in Julius Berger in 1979 and Chairman in 1996 where he served meritoriously till 2009 – fourty years of unparallel service to the foremost construction giant in Nigeria.

He was generally a rather quiet man as he kept politics at bay and hardly commented on national issues preferring to enjoy his early retirement from the military at the age of thirty-nine in utter solitude. His autobiography: My life of service with integrity: the making of an icon is a very good read and should be devoured voraciously by all aspiring public office holders.

We urge the Lagos State government to immortalize him by naming some important monuments after him as a symbol of encouragement to honest and hardworking public office holders. It is sad that in his lifetime no monument of significance in the state he served so faithfully was named after him. We should learn to celebrate our heroes while they still breathe instead of shedding crocodile tears when they transit to the great beyond. It is still not too late for the government to do something about keeping his memories eternal.

May his gentle soul find repose in the Bosom of the Lord and may he rest from his life’s labours.

How the Learned Silks Can Successfully Contest that Order of Nigeria`s Supreme Court in re N60 Million Penal Cost: A Riposte

IPOB is an Insurgency, Not a Terrorist Organization

Ken Saro-Wiwa: A Playwright And Revolutionary, But A Man With Trading Instinct