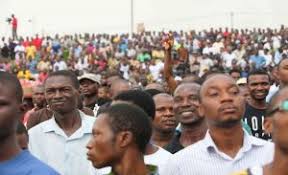 Under the sway of modern propensity characterized by objective activities of the modern man, the youths hitherto consider themselves to have attained a great deal of modern civilization by exploring the energy of the carnal self; whatever attainment reached by the youths which does not elevate our understanding towards the consolidation of our values, will only help to accelerate our predicament and thus devalue our sense of proper judgment thereby making mockery of our values.

In his article “Religious Values, Social Justice and Peace in the Nigerian Context” Ukachukwu Chris Manus rightly pointed out that the term value is not an easy one to define. Charles Morris made this point very clear when he said that value is “one of the great words, and like other such words as science, religion, art, morality and philosophy, its meaning is multiple and complex”. The difficulty in having a definition does not make value indefinable hence Gail Inlow submitted that values are “the determiners in man that influence his choices in life and that thus decide his behavior”. In their combined research work L.E Raths, M. Harmin and S.B. Simon maintained that “values are general guides to behavior derived from experience which gives direction to life”. In the words of Philomena Agudo, “values are so important to human being that without them, one cannot possibly discover a meaning to life”. In the same vein, Ignacimuthu says, “values give direction and firmness to life and they bring to life the important dimension of meaning which adds joy, satisfaction and peace to life…”

From a synthetic perspective it is obvious that values are intimately associated with every human being hence they give direction, identify a person, giving him a name, a face and a character. Without values one would be without direction and meaningful identity. There are different kinds of values namely, social, economic, cultural, moral, political, psychological and educational values. According to Simon O. Anyanwu, “there are religious and spiritual values distinct from secular and material values. One point to be noted however is that values overlap, that is to say they intermingle or interpenetrate one another”. Nevertheless, there are values that are referred to as universal values they include, honesty, respect, justice, fairness and others.

It is important to note that the daily life of the present day youths and their pursuit of pleasure are gradually turning our society into something else. This aesthetic life is a life of the senses which has no fixed activities, and the modus operandi, the ideal or goal is pleasure, especially pleasure of the moment. For such a lifestyle, the future is of no concern and one is strictly an observer and a non-participant. Life on this sphere is of non-involvement, superficial, and refuses to involve or commit itself to anything, which might suggest a fixed or observed standard of morality. This kind of life rejects anything, which might give direction and purpose to life.

This kind of unexamined life according to Socrates “is not worth living” because one lives a fictitious world of dreams and rejects moral values that give direction and firmness to existence. It is a life of self-imprisonment because the spirit is unable to break through yet it seeks a metamorphosis, a change, it seeks a higher form of existence but there is predominantly the lack of courage to undertake this. Soren Kierkegaard best describes this lifestyle as “hysteria of the spirit whose cause is unknown to the sufferer for knowledge drives it away”. Without going into detailed analysis on the aesthetic life, it is very imperative to infer that it create a serious conflict between man and the higher self.

Today in our society, there is a high level of erosion in our moral values especially in the lives of the youths. The situation however has greatly led to the high level of corruption and various levels of economic malpractices. It is of note however, that the Nigeria’s independence was only one year old when the leader of opposition the late chief Obafemi Awolowo in the Federal House of Representative called the attention of the government to the declining moral of the country. He maintained that the outstanding feature of Nigeria was a dangerous decline in moral values, thereby honesty was at discount, and there was a high premium on corruption and mediocrity. Late chief Obafemi Awolowo in 1961 was worried about the declined level in moral values, if he were to be alive in our present day society, where dignity, respect and honesty are all seated at various cemeteries waiting for their burial rites, what would he have said? A pitiable condition! A situation that made Lin Yutang to infer, “we don’t believe in the good old words because we don’t believe in the good old values anymore. And that is why the world is so sick”.

Albert Einstein writing on the importance of values to the youths says, “It is essential that the student acquire an understanding of and a lively feeling for values. He must acquire a vivid-sense of the beautiful and of the morally good. Otherwise, with his specialized knowledge, he more closely resembles a well-trained dog than a harmoniously developed person”. Yes values are the integrative forces that bring about wholeness in one’s personality. To err here is to err in all aspects of life.

One concomitant of life experiences in any human society is change. In the words of one of the social scientists Shorter: “The social scientist knows that the societies are not static things. To live is to change and all societies and cultures are continually changing”. On the strength of this, one can say our society has witnessed traumatic changes in its values system and this has resulted in modifications of established cultural traits even in the lives of the youths. From all indications, it is hitherto obvious that the moral value is one area that has witnessed a lot of changes. This drift occasioned by a high degree of erosion of values appears to be in tandem with Murdock’s theory of social change which has it that, “whenever social behavior persistently deviates from established cultural habits in any direction, it result in modification first in social expectations and then in customs, beliefs and rules”. Though there are many causes of social change in our society, it should be noted however that chief amongst them as some anthropologists claimed is that the youth by nature are very receptive of new ways of life. The rate at which the youths have embraced Christian religion bears eloquent testimonies to the assertion.

Ritual murder which in this context means killing or using human beings to perform rituals to get quick money was unheard of when we had values for life. Today the modern youths have learnt this ignoble way of acquiring wealth. In our daily newspapers we find many stories of ritual killings of all types. All these inhuman practices which debase sanctity of human person are done in utter disregard of our human values. There are records that the modern youths even use their parents, close relation or even their children or wives to perform such rituals. The conscience of the so called modern youths is never pricked because to them all these are indices of dignified living. A situation that made Martin Luther to enthuse, “It is both hazardous and dishonorable for a man to act contrary to the dictates of conscience”. Fulton J. Sheen affirms, “Any denial of conscience as the voice of God may be momentary effective, but a day will come when the abused conscience will turn with fury and will harass its victim, tormenting his waking life and making his dreams a poison, his darkness a nightmare”. William Shakespeare concludes, “What is a stronger breast plate than a heart unstained”.

The modern youths no longer attach importance to good character which is an important index of values. In the words of Professor Jackson Davis, “Truthfulness is a corner-stone of character, and if it is not firmly laid in youth, there will ever after be a weak spot in the foundation.” A child who greets elders and adults always is often regarded as a good mannered child, but he who behaves conversely is regarded as one with bad manners. To the modern youths showing no regard or respect to the elders is a mark of dignified living. Consequently, respect for constituted authorities has become a thing of the past. Prostitution which was unheard of in this part of the world has now become a tradition and has being professionalized in utter negation of our moral values and concept of dignity of womanhood. In our present day society some of our youths see prostitution as an index of dignified living. Many teenage girls indulge in it without regard to the taboos which in the past forbid having pre-marital dealings in some communities. In the words of Dr, O.M. Anozoba, “This is why such illegal social games often result in unwanted pregnancies, abortions, premature death, throwing away of newly born babies, unwanted children and motherless babies that filled social welfare centers and motherless babies homes”. All these are on daily increase hence Basden H. says, “With reference to adultery, it has been on the increase of late owing to the relaxation of punishment, it is no longer possible to inflict the old penalties. Usually it was a fine, but it could be a death penalty”.

Wike and the dance of the spirit