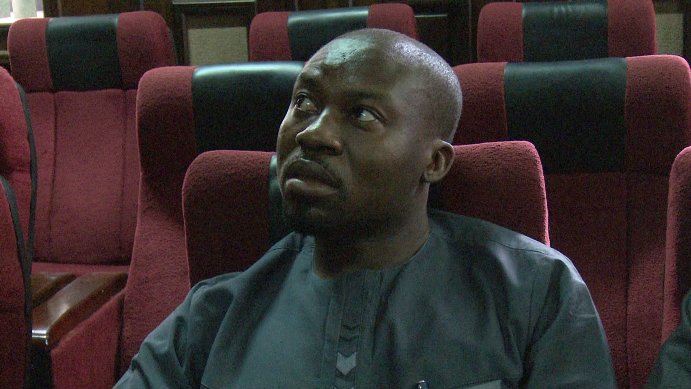 Dariye was arraigned alongside Apartment le Paradis, an hotel where he was a director.

The defendant sometime in 2013 failed to report a cash transaction to the tune of N1.5billion which he received through the hotela��s account in one of the old generation banks. The amount is above the threshold of the N10million permissible by law. Additionally, the hotel was also not registered as Designated Non-Financial Institution, DNFI.

The offence is in contravention of Section 5(1) (a) of the Money Laundering Prohibition Act, 2011 as amended and punishable under Section 5 (b) of the same Act.

Count two of the charge reads:

a�?That you, Nanle Miracle Dariye, while being a Director of Apartment le Paradis Limited and Apartment le Paradis Limited on 28thday of March 2013 in Abuja within the Jurisdiction of this Honorable Court did commit an offence to wit: Failure to report within 7 (seven) days, a cash transaction in the sum of N551,555,428.50 (Five Hundred and Fifty One Million, Five Hundred and Fifty Five Thousand Four Hundred and Twenty Eight Naira, Fifty Kobo) paid to Apartment le Paradis Limited BY BGL Securities Ltd vide your First Bank Plc Account No 2014165731 on 28th day of March 2013 which is above the threshold of N10,000,000 (Ten million Naira) and you hereby committed an offence contrary to Section 10(1) of the Money Laundering (Prohibition) Act, 2011 as amended and punishable under Section 10 (3) of the same Act”.

The defendant pleaded not guilty to the charge when they were read to him.

In view of his plea, counsel to the EFCC, George Adebola, asked the court to fix a date for trial and for the defendant to be remanded in prison custody.

However, Dariyea��s counsel, Charles Abalaka, pleaded that he was yet to file application for bail as he was served with the charge late yesterday. He urged the court to admit his client to bail, while presenting two sureties – Mr. Amana Yusuf, a Grade Level 12 civil servant working with Ministry of Defence and Mrs. Rose, a Grade Level 13 officer working in the Office of the Head of Service in Abuja.

Justice Ojukwu admitted the defendant to bail in the sum of N5million with two sureties in like sum. The sureties must be resident of Abuja and must provide tax evidences for 2015, 2016 and 2017.

a�?The defendant is to be remanded in EFCC custody pending the fulfillment of the bail conditionsa�?, the judge added.