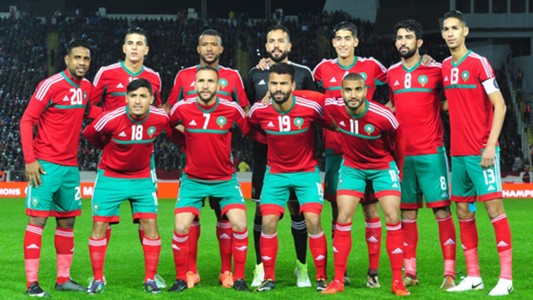 Morocco walloped the Home Based Eagles 4-0 In the Final of the 2018 African Nations Championship CHAN.

The Atlas Lions of Morocco were the overwhelming favourites to win the final due to their impressive style of play and the manner at which they took teams apart.

The Super Eagles didn’t do enough in the game, Morocco dominated from start to finish.

The Moroccans took the lead on the stroke of half time when the Nigeria defenders couldn’t clear properly ,Hadraf punished the eagles when he fired a low drive pass Ajiboye to give the host country a first half lead which destabilized the Home based Eagles.

The Second Half started the way the first half ended with Morocco dominating proceedings, Moses Eneji was sent off two minutes into the Second Half which exposed the Eagles defence.

The Moroccans were on a scoring spree after Eneji was sent off and the Super Eagles couldn’t contain the fast and technical host country.

Okpotu came on in the second half when the game was beyond Nigeria’s reach.

Meanwhile, Sudan beat Libya 4-2 via penalty shoot out to win the bronze medal after playing out a 1-1 draw in regulation time.