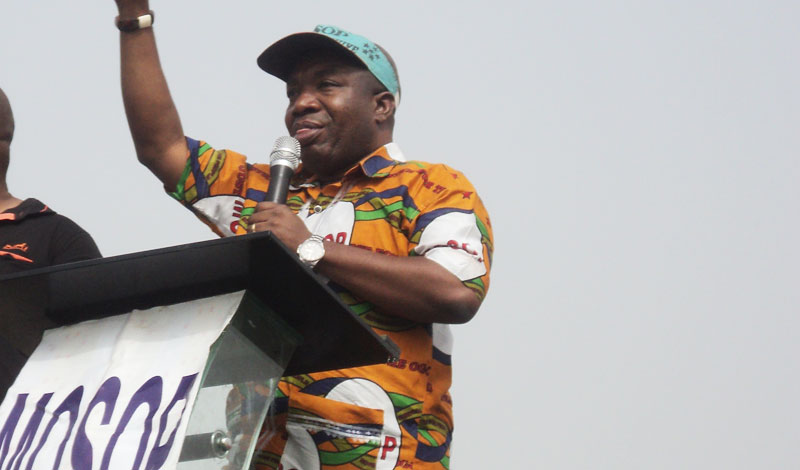 The Movement for the Survival of the Ogoni People (MOSOP) wishes to acknowledge the profound threats to the peace of Ogoniland occasioned by the activities of Belema Oil Producing Limited and Robo Micheal Limited. Consequently, MOSOP is considering blacklisting Belema Oil and Robo Micheal as possible operators for the Ogoni oil block.

MOSOP considers Robo Micheal and Belema Oil’s utter disregard for the dignity and rights of the Ogoni people to free, prior and informed consent to constitute human rights abuses. We are further alarmed by these companies’ tendencies to constitute a security problem to the area through the sponsorship of rival groups whose activities are currently unsettling the peace of the area.

MOSOP is worried that these companies continue to disregard our call to stop funding local actors to divide the people against one another and therefore posing real threat to the peace and human rights situation in Ogoniland.

MOSOP has sufficiently made it clear that the Ogoni environment cannot support any form of oil production at this time and so call on all oil companies interested in the Ogoni oil block especially Belema Oil Producing Limited and Robo Michael Limited to stop sponsoring groups, heightening tension in the area and setting the people against one another.

We urge the Nigerian government to stand for human rights for once by stemming the activities of these companies whose interests have turned Ogonis against one another and obviously could burst into a full-blown conflict with implications for the safety of lives and properties of local people.

We reiterate our position that Ogoniland cannot support any form of oil production at this time given the level of environmental devastation caused by Shell’s poor business practices of over 30 years and the delays in the commencement of the clean-up programme which should help restore the land.

We also re-emphasize our stand on the way forward for this protracted conflict insisting that the government, Shell and the Ogoni people must be brought to a discussion table to address the conflict in Ogoniland.

Movement for the Survival of the Ogoni People (MOSOP)