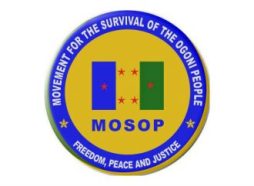 The Movement for the Survival of the Ogoni People (MOSOP) has faulted the call for an Ogoni General Assembly by the Ken Saro-Wiwa Associates (KSA).

Speaking with newsmen in Port Harcourt on Friday (January 19) Publicity Secretary of MOSOP Fegalo Nsuke said the Ken Saro Wiwa Associates is a private NGO coordinated by one Gani Topba with no mandate of the Ogoni people and lacking in capacity to call such an assembly.

Nsuke said the Ogoni Bill of Rights expressly mandates The Movement for the Survival of the Ogoni People (MOSOP) to call such meetings and to make representations on behalf of the Ogoni people.

He noted that whatever Topba has done is doing will do in this respect is “inconsequential and of no effect at all’.

The MOSOP spokesman noted that the Ogoni people held their 2018 general assembly on January 4th popularly known as Ogoni day.

While blaming the oil industry for their divide and rule tactics and the sponsorship of interest groups to weaken Ogoni resistance to the resumption of oil mining in Ogoniland he warned prospecting firms particularly Belema Oil and Robo Micheal Limited to desist from sponsoring crises in Ogoniland.

Archbishop of canterbury visits Buhari in London, happy at level of recovery (PHOTOS)