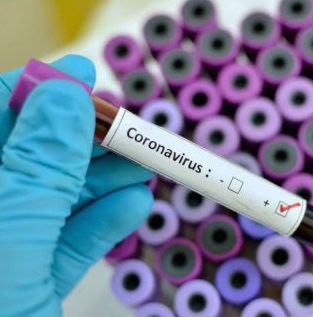 It is no longer news that the myth of coronvirus has gone behind Nigeria, as the State and Federal Governments continue to advocate social distancing, self isolation, banning of social gathering, among others in order to curtail the spread of the virus in Nigeria. Unfortunately, those that seems to be at the receiving end of the hardest effect of these actions are the most vulnerable due to lack of timely information, healthcare services, sanitizer, mask, internet services, stringent conditions attached to the palliative measures orchestrated by the government to mention few but many.

While receiving report from the Minister of Humanitarian Affairs, Disaster Management and Social Development, Sadiya Farouq, on the implementation of the palliative measures designed by the Federal government to ameliorate the hardship occasioned by COVID-19 on 8th April, 2020, the leadership of the National Assembly berated the Federal Government’s Social Investment Programmes (NSIP) and how they are being implemented, noting that the conditions set by the officials most times excluded the most vulnerable Nigerians which it is meant for.

Specifically, the President of the Senate, Mr, Ahmed Lawal, stated that the majority of those that is meant for do not have access to power, phones, Internet, bank account, BVN and other which have been the perequsite for application even before the pandemic.

This seems to have taken another dimension in the COVID-19 palliative relief as the majority of the most vulnerable people in Nigeria are yet to recieve the packages promised by the government despite the report circulating in the media that the ministry had distributed relief material to millions of Nigeria.

Even, most of those under the ministry intherto the outbreak of the pandemic still awaiting their March monthly stipend not to talk of the palliative designed to mollify the pains of the most vulnerable.

For instance, the N-power volunteers both graduate and non graduate whose data, including the Bank Account and Bank Verification Number are already in the data bank of the ministry are still waiting for their normal monthly stipend. Meanwhile, this group ought to be part of the first beneficiaries of the palliative due to the availability of data.

The same thing is applicable to those in Trader Monies scheme and others in the care of the ministry prior to the pandemic. Yet, the minister claimed to have distributed relief materials to millions of Nigerians within 74 hours.

Meanwhile, most of those at the receiving end of the hardest effects of the lockdown are the traders whose lives depend solely on the profit gained on their daily sales. Though, the government exempted those in the food processing sector from the lookdown but that does not immune them from the excruciating effect of the lockdown due to difficulty in transporting themselves and goods to a deserted city where customers refused to show up because of the lockdown.

Apart from the great diversion which has become the order of the day, the inability of the people to access timely information is another problem bedeviling the palliative as the majority of the most vulnerable people are busy working hard to earn a daily bread. This gives large room for the middle men and the favorites of the ministry to siphon the relief designed to ameliorate their hardship.

This lack of timely information often times lead some of them to the early grave as most of those that mistakenly contacted the virus cannot differentiate between the virus and malaria. Where they do, the inadequate medical facility which has been the narrative in the country intherto coronavirus cut up with them.

Also, most of those that are opportuned to come to the city for treatment are faced with transportation difficulty and insufficient fund occasioned by the lockdown of their livelihood due to the government’s emergency lockdown directive.

The same thing is manifesting in the transportation of goods to the city. Infact, many perishable goods bought with money are perishing in the farm due to the lockdown while those mature for harvest are also destroying due to low patronage. Similar narrative is told of the artisans.

Infact, majority of the children of the most vulnerable people are edged out of the Television Programme set up by the government to educate the students at home during this trying period due to no television set and epileptic power supply.

Similar things is happening to Small and Medium Scale Enterprises (SMEs) as they also continue to stay in door while the rent, electricity bill, interest on loans, among others continue to rise. Although, the Central Bank of Nigeria (CBN) had earnmarked 50 billion naira to rescue them, but the conditionalities attached to it and the numbers of the SMEs portray that the money will be like a drop in an ocean when finally disburse to the lucky ones.

Therefore, to mollify the short and long terms effects occasioned by this pandemic, the government needs to recalibrate, rejig and reposition the NSIP in order to live up to its tenet of putting smile on the faces of the most vulnerable in Nigeria.