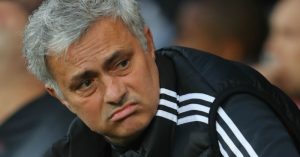 Manchester United manager Jose Mourinho is embarrassing the Premier League giants, according to Paul Scholes, who is surprised the club are standing by the former Chelsea boss.

Mourinho’s position at United is coming under increasing scrutiny following the Red Devils’ worst start to a league season in 29 years and apparent tensions between the Portuguese and Paul Pogba.

United face Valencia in the Champions League on Tuesday and, speaking prior to the clash at Old Trafford, Scholes slammed Mourinho’s behaviour.

“I think it’s a bad situation. I’m surprised he survived after Saturday [when United lost 3-1 to West Ham], it was that bad, the attitude, the performance,” Scholes told BT Sport.

“I think his mouth is probably out of control and he’s embarrassing the club.”