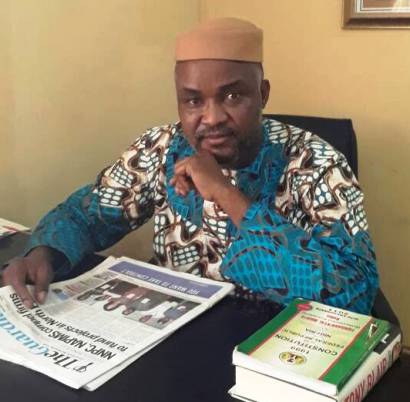 The state of youthfulness is a state of mind but generally the youthful age bracket is from age 18 to 35 years of age.

Universally, those members of the human family who fall within the above age bracket of youthfulness are classified as the heart beats of global economic activities. A check around most highly performing economies with the possible exception of Japan shows that the young populations are the key drivers of the economy. For instance, in the United States of America, one of the biggest companies that is worth several billions known as FACEBOOK is owned by a very young entrepreneur. In Nigeria, most of the most successful persons made their marks at very young age. Nigeria has also produced one of the youngest Presidents of a Sovereign state when the then 33 year old Yakubu Gowon was railroaded into the position of military head of state after his fellow military couplets staged a bloody overthrow of another military regime whose head was brutally slaughtered by the masterminds of the coup led then by Theophilus Yakubu Danjuma. Aliko Dangote who is the richest black man in the World became prosperous and wealthy as a very young man.

Scientifically, It is a universal truth that much of the Worlda��s inventions and very successful businesses were set up by very young people within the youthful age bracket.

However, contrary to the above clearly stated scientific and evidential propositions about the youth, the octogenarian president of Nigeria Muhammadu Buhari was quoted in the media to have stated that 60 percent of Nigerian young people are not only uneducated but do not want to do any form of work.

This statement from president Buhari whose entire children are also within the youthful age bracket sounded very uncharitable to the youthful populace of Nigeria who are in the clear majority. Indeed, this statement is a sharp contradiction from the letter President Muhammadu Buhari last year wrote to the two most successful musical performers from Nigeria known as Davido and WizKid. I will later showcase that letter to show the logical disconnect between what the President said last year and what he just said in London before the Commonwealth of Nations conference in UK. Questions should be asked about the intention or reason for the negative and substantially false outburst of the President about the Nigerian youth.

Why would president Buhari be seen voicing this unscientific opinion about the Nigerian youth when he was the same person who praised youth to high heavens as being creative and talented.

President Buhari made the above praises when Davido and Wizkid won global music awards.

President Muhammadu Buhari had then congratulated renowned hip-hop artistes, Ayodeji Ibrahim Balogun, a.k.a WizKid, and David Adedeji Adeleke, a.k.a Davido, on their awards at the Music of Black Origin (MOBO).

In a statement by his media adviser, Femi Adesina, President Buhari joined the teeming fans of the two Nigerian artistes in Nigeria and all over the world to celebrate the highly deserved and meritorious recognition.

The President affirmed that both singers have showcased the rich talents in the country, and brought pride to the nation through their many songs and performances. He commended their dedication, hard work and charity works.

President Buhari also called on the upwardly mobile artistes to be cautious and mindful of likely distractions to their careers, urging WizKid and Davido to serve as ambassadors of the country and role models to upcoming musicians.

Davido, also emerged the best African Act for the year, beating a field of artists, including Wizkid to get the award.

The MOBO awards, which started in 1996, is Europea��s music award event. It is the most important and influential event for music makers and fans, perhaps Europea��s equivalent of Grammy. It recognizes and honours the artistic and technical achievements of exceptional British and international talent in the musical fields of Hip Hop, Grime, RnB/Soul, Reggae, Jazz, Gospel, and African music.

The President affirmed that both singers have showcased the rich talents in the country, and brought pride to the nation through their many songs and performances. He commended their dedication, hard work and charity works.

Few years back Nigeria played host to the owner of Facebook who proceeded to shower encomiums on Nigerian youth. The Facebook founder even made this testimony before his host who is the current President Muhammadu Buhari who concurred to those fantastic recommendations.

The Chief Executive Officer and founder of social networking website, Facebook, Mark Zuckerberg had stated that he was blown away by the talent and level of energy of the Nigerian youth that he saw at the Co-creation Hub in Yaba, Lagos.

Zuckerberg, who was speaking during a visit to President Muhammadu Buhari at the State House, Abuja, added that he was also impressed by the interest and entrepreneurial spirit displayed by other young Nigerians in all the ICT camps he visited.

Zuckerberg told the president that he was in the country to promote the penetration of a�?fast and cheapa�? internet connectivity (Express-Wi-Fi) that would help people create online businesses and reduce poverty.

President Buhari who commended the simplicity of Zuckerberg, thanked him for sharing his wealth of knowledge with Nigerian youths, and inspiring a new generation of entrepreneurs.

Buhari noted that the simplicity and magnanimity of the entrepreneur, who is among the worlda��s richest men, had also challenged the culture of lavish wealth display and impulsive spending that had become peculiar to Nigerians.

Buhari said the various meetings held with Nigerian youths since his arrival were most timely as the country was already exploring opportunities to spur development through entrepreneurship.

a�?Nigeria has always been identified as a country with great potential for growth, especially with our youthful population, but now we are moving beyond the potential to reality,a�? the president said.

a�?One of the things you have done is really to create connectivity across the world so that people are really able to interact across tribe, race, countries and feel as part of one family and one faith.a�?

Osinbajo said that Zuckerberga��s coming to Nigeria had been especially energizing not just for the young people but for everyone else.

a�?As you can see am on Facebook and the president is also on Facebook; so, we are part of the 17 milliona�?, he added.

The vice president said the country was being built on the energy and the innovation and on the creativity of the young people.

He said: a�?I believe very strongly that today, young people are included and no one has a choice in that matter. Today, technology has created a level playing field; technology has made it possible for you to seat somewhere, in your office or living room to create wealth, to create connectivity, to create all manner of things across the world.a�?

Among the 30 selected start-ups, three were finally selected and each will receive a N2million winning prize. The event was supported by Airtel, Diamond Bank and a host of others.

Addressing the select start-ups, Zuckerberg said it was inspiring to see what Nigerian youth have been able to do with technology.

He said: a�?This trip has really blown me away by the talents of young entrepreneurs and developers in this country, and making a difference and making a change.

a�?It reminds me of when I wanted to start Facebook. I wasna��t starting a company at the time but wanted to build something to see if it would work. And that is what I see people here do, pushing through challenges, building things that you want to see in the world. You are not just going to change Nigeria and the whole of Africa but the whole world,a�? he added.a�?

MR. President can you see that you are absolutely wrong to pass those nasty verdict on the large vibrant youths whose votes you will ask for in about 6 months time. Mr. President if you demarket the youth as lazy then it means you as their President is also lazy and uneducated because out of nothing nothing comes. Mr. President do you know that last year two Nigerian children made excellent entry results to all the ivy league universities in the USA? Mr. President do you know that Chimamanda Ngozi Adichie is a young Nigeria who has become a phenomenal author and one of the best story tellers in the USA? Mr. President, do you know that Chinua Achebe’s Things fall apart is amongst the 10th best ever written books by man? Achebe wrote that book as a teenager almost. Mr. President, do you know that Wole Soyinka’ s body of literature which earned him the Nobel prize for literature were all constructed when he was still a young Nigerian? Mr. President are you saying that those your beautiful and well educated children are not amongst the youth of Nigeria that you have profiled as lazy and uneducated?

MR President, look at yourself and blame yourself that you have failed and disappointed the youth by not exiting politics and encouraging your youngsters to replace you. Blame yourself Mr. President for not following up with the Almajiris schools built for northern youth by the immediate past administration and blame your governors in the North for converting those schools to homes of reptiles. Don’t blame the Nigerian youth but praise them for not staging revolution to overthrow you and your other reactionary forces destroying their political and economic futures.

19 thoughts on “MR. President, Our youths are talented, Period!”