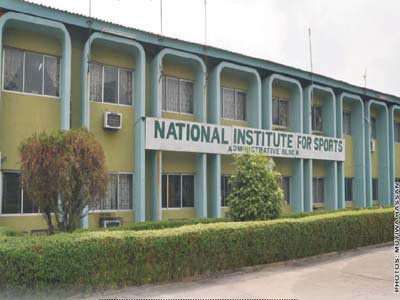 Lagos, Monday, July 16, 2018: For failing to comply with its duties and obligations under the Freedom of Information (FOI) Act, 2011 over the last seven years, Media Rights Agenda (MRA) today named National Institute for Sports (NIS) into the “FOI Hall of Shame,”

In a statement issued in Lagos by its Programme Officer, Mr. John Gbadamosi, MRA castigated the institution for “failing to implement the FOI Act and, in particular, disregarding its sundry duties and obligations under the Act with impunity.”

It is expected to be the driving force for sports in Nigeria and is mandated to run courses for top-level policymakers and executors in the realm of sports administration with a view to broadening their conceptual and executive capacities and perspectives, as well as to produce first-class coaches and a high calibre of sports administrators and other personnel.

Mr. Gbadamosi said: “It is disheartening that the management of an institution charged with such important responsibilities in a sector that enjoys considerable public interest and support in Nigeria is demonstrating such a high level of contempt for the Nigerian public by conducting its activities in secrecy and in such a blatant defiance of its obligations under the Law.”

He identified the duties and obligations breached by the institution as its failure to designate an appropriate official of the Institute to whom requests for information from members of the public should be sent; its consistent refusal to submit annual reports on its implementation of the Act to the Attorney-General of the Federation over the last seven years; as well as neglecting to proactively publish the categories of information which the Act requires all public institutions to so publish.

Mr. Gbadamosi also accused the Institute of not providing appropriate training for its officials on the public’s right of access to information and for the effective implementation of the Act.

According to him, although Section 13 of the Act makes it mandatory for every government or public institution to ensure the provision of appropriate training for its officials on the public’s right to access information and records held by the government or public institution for the effective implementation of the Act, there was no indication that the NIS has carried out such training for its officials since the Act was passed.

He stressed that since the FOI Act was passed into Law in 2011, the NIS has not submitted any implementation report to the Attorney-General of the Federation as required by section 29 of the Act while it has also not fulfilled its proactive disclosure obligations under Section 2 of the Act as it has not published and disseminated either on its website or anywhere else, the categories of information that it is required by the section of the FOI Act to disseminate to members of the public proactively.

Mr. Gbadamosi noted that in the light of the institution’s failure to submit its annual FOI implementation reports to the Attorney-General of the Federation, there was no information available to MRA and oversight agencies on its handling of FOI requests, including the number of requests for information that it has received over the years, the number of such requests that it has processed and granted or denied, how long it takes to process requests for information, among others.

He said the institution’s failure to submit its FOI implementation reports has thus made it difficult to assess its level of responsiveness to requests for information made to it by members of the public under the FOI Act.

Saying that the institution’s total disregard for the FOI Act was unacceptable, Mr. Gbadamosi called on the NIS to immediately remedy the situation by designating an FOI Desk Officer, proactively publishing all the 16 categories of information required by the Act; sensitizing all its personnel on the right of the public to access information held by the institution and training its relevant officials to ensure the effective implementation of the Act; and henceforth submitting and publishing its annual reports on its implementation of the Act, as well as fulfilling its other duties and obligations under the Act.

Launched by MRA on July 3, 2017, the “FOI Hall of Shame” highlights public officials and institutions that are undermining the effectiveness of the FOI Act through their actions, inactions, utterances, and decisions.

BEING A COMMUNIQUE ISSUED AT THE END OF FEDERATION OF EKITI STATE STUDENTS’ UNION NATIONAL CONGRESS HELD ON 9TH JUNE, 2017 AT COLLEGE OF HEALTH TECHNOLOGY, AKURE, ONDO STATE, NIGERIA. .