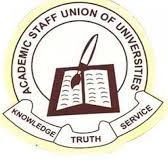 By Muslim Students’ Society of Nigeria

The Muslim Students’ Society of Nigeria has warned lecturers in the country against breaking into factions.

President of the MSSN in Lagos State, Dr. Saheed Ashafa, gave the warning in a press statement on Monday.

Ashafa’s warning came barely 24 hours after the Minister of Labour, Chris Ngige, confirmed that an application was received to create a parallel ASUU.

He said, “It is demoralizing to note that a possible split rears its ugly head in ASUU. Allowing your Union to split will deplete your strength and renders you voiceless. Your ever vibrant critical stance on anti-masses policies of the government will soon become irrelevant.

“We need to remind ASUU that if the ugly discord persists, oppression of academic staff will thrive and germinate fast like a seed planted by an Angel from heaven.

“Not only ASUU members will feel the heat, protection of human rights in the University system will soon become a fiction on the pages of the book.

“We therefore counsel ASUU to realise quickly that factionalism of Union in the academic setting is a poison plotted in a tea-cup of ASUU that should not be allowed to assume a national face.”

The Islamic organisation also cautioned the Federal Government against causing division among the lecturers.

He added, “Government on the other hand, should rather promote unity and cohesion among various trade unions for over all good of the country.

“Resorting to divide and rule will not be productive to the socio-economic development our nation.

“Government must honour all treaties signed with ASUU with high sense of fidelity.”

9 policemen arrested for extortion in Lagos