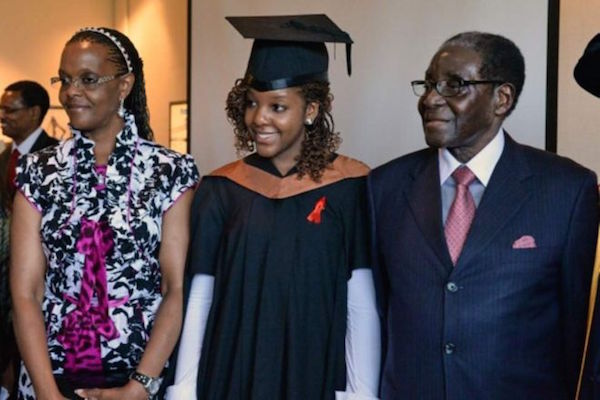 President Robert Mugabe’s daughter Bona Chikore has been appointed to the Zimbabwe board of censors, state media reported Wednesday, the latest family member to take up an official role.

The board “faces the colossal task of regulating public entertainment in the digital age,” the state-owned Herald newspaper said, raising fears of further restrictions on criticism of Mugabe’s regime.

The newspaper said the board would play “a critical role in controlling and regulating the media and film industry and examining any article or public entertainment submitted to it”.

Chikore’s mother Grace is head of the ruling ZANU-PF party’s women league, and is seen by some observers as a potential successor when the 93-year-old president dies.

She has three children with Mugabe. Chikore, 27, who was educated in Hong Kong, is the eldest, while two sons are still in school.

In 2004, Zimbabwe’s censors banned a play called “Superpatriot and the Morons” about an autocratic ruler kept in power by a small clique of allies and brutal security forces.

“The constitution of Zimbabwe has a provision for freedom of artistic expression,” The Herald quoted home affairs minister Ignatius Chombo as saying in an address to the censors.

“In today’s environment where there is heightened scrutiny by members of the public, internet and social media use, you are going to face many challenges.”

Many Zimbabweans use social media platforms to circumvent tough media and security laws to express opposition to Mugabe, who has ruled since 1980.

Jealous husband kills man for allegedly sleeping with his wife

8 thoughts on “Mugabe’s daughter appointed to Zimbabwe censor board, to regulate social media”