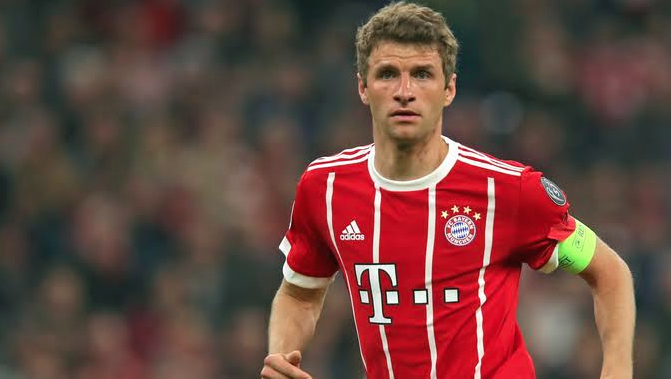 Bayern Munich striker Thomas Muller has revealed that Chelsea are not one of the best teams in Europe. so, Bayern Munich have nothing to fear when they visit Stamford Bridge on Tuesday

The German international is hopeful that Bayern can get a revenge after the heartbreaking champions league final loss against Chelsea in 2012 at the Allianz Arena.

Muller will also be playing at Stamford Bridge for the first time in his career.

“You’d think you would have seen all the great European stadiums after more than 100 Champions League games, but I have never played at Stamford Bridge and I’m really looking forward it,” Muller told The Athletic.

“Chelsea have young, talented players and a quality team that can really hurt you. We need to be well-prepared for their particular strengths.

“But they’re not the best team in Europe right now and we don’t need to be afraid. I’m confident.”

Muller opened the scoring for Bayern Munich in the 2012 final and Lampard was the skipper for Chelsea that day, he is now in charge of the club now.

“Not from that game but he was a super player,” Muller added when asked if he remembered playing against him in 2012.

“He played practical football. Technically very good, super shooting technique, super with long balls — a midfielder who could work and be dangerous in front of goal at the same time.

“He simply knew: these are the things you need to do to win football matches. He was a player I can really relate to.”

Muller has found form at the right time contributing 14 assists in the Bundesliga with 15 goals across all competitions.

Chelsea and Bayern Munich will slug it out at Stamford Bridge on Tuesday in the champions league second round first leg.