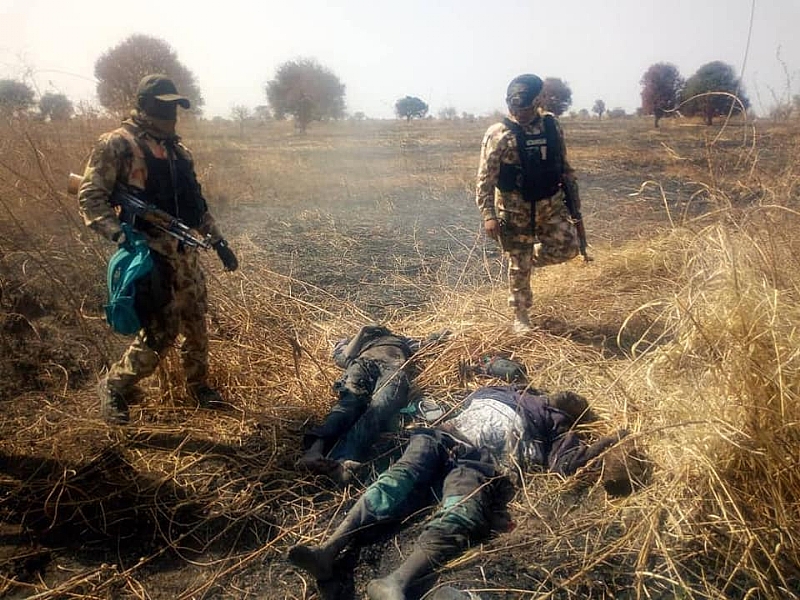 Troops of the Multinational Joint Task Force on Monday neutralised 20 terrorists in the ongoing offensive operations to clear Islamic State terrorists from the Lake Chad Area.

Col. Timothy Antigha, the MNJTF’s Chief of Military Public Information, who confirmed this in a statement, said the terrorists were killed by troops operating around Arege, Malkonory and Tumbum Rego general area.

According to Antigha, several gun trucks, arms and ammunition, as well as a vehicle borne Improvised Explosive Device, meant to disrupt troops advance were destroyed.

He said: “Unfortunately, four personnel of the MNJTF were wounded during the fire fight and have been evacuated for urgent medical attention.

“The MNJTF remains committed to delivering the mandate of the force and therefore urges continuous support and solidarity of the good people of the Lake Chad Region.”

NAN reports that MNJTF, in February, launched a new operation to push back Boko Haram insurgents to the Lake Chad fringes.

NAN reports that the new operation was a follow up to a summit of governments of states of the Lake Chad Basin Commission, including Cameroon Republic, Chad, Nigeria, and the Niger Republic last year in N’Djamena.

The summit led by President Muhammadu Buhari, agreed to fine-tune bilateral relations and agreement aimed at “dealing with the Boko Haram problem.

3 trailer loads of aliens headed to Ekiti intercepted in Lokoja