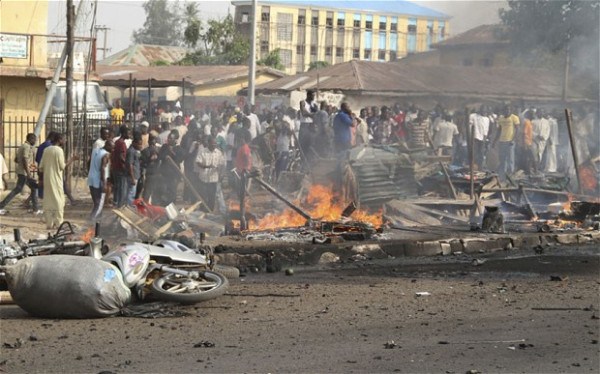 The Borno State Police Command has confirmed that 3 suicide bombers killed 18 people in a multiple suicide bomb attacks in Konduga town of Konduga LGA of Borno state yesterday in the night between 8.30 pm and 9 pm.

The State Commissioner of Police, CP Damian Chukwu who made the confirmation in a telephone conversation with The Nigerian Voice Saturday morning said the three suicide bombers who detonated their IEDs Friday night also wounded 22 other people who were rushed to the University of Maiduguri Teaching Hospital UMTH immediately for treatment.

According to him, three suicide bombers, comprising of two females and one male entered Konduga park along the road passing through the town where people do gather to relax and buy things in the night, at times watch videos/films.

They detonated their IEDs killing themselves and 18 innocent people and the IEDs wounded 22 other people who were later rushed to the teaching hospital.

However, he maintained that normalcy has been restored and everybody was going about his or her normal business in the area.

How federal universities are covering up corruption, sexual harassment—SERAP