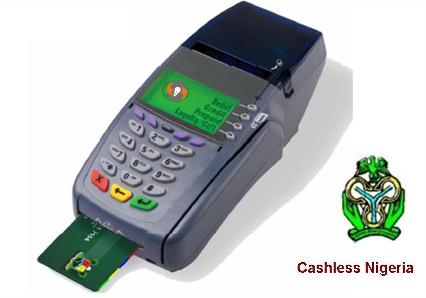 The Central Bank of Nigeriaa��s cashless policy was designed to drive financial inclusion and the modernization of the countrya��s payment system. According to the countrya��s apex bank, an efficient and modern payment system is positively correlated with economic development and is a key enabler for economic growth. Other benefits listed by the Central Bank of Nigeria include: safety convenience and easy tracking of individuals among others.

While these are noble goals, the Central Bank of Nigeria has not matched its rhetoric with actions. But interestingly, the story is not all gloom and doom as the policy has also recorded some successes.

Be that as it may, this year will be the sexennium period (six years) after the official launch of this policy and the fact is that cash-based transactions are still common in place when customers still complain about time wasted while carrying out routine transactions in the banks.

Leta��s not deny the fact, part of my doubts on the overall success of this policy is especially when traders in the pilot state of our nation [Abuja] cannot read or write and as such it cedes to be too difficult for to them to operate mobile phones as well as to use Point of Sale (POS) and Automated Teller Machine (ATM) terminals to transact their businesses.

Also, I am doubtful on the statistics provided by the apex bank, in which less than 70 million Nigerians use the banks for business transactions. A rice seller or buyer might not have a bank account and might not be carried along on the policy.

Even if buyers and sellers have bank accounts, how are they expected to operate the point of sale terminals?

Concomitantly, this POS terminals had not been working effective due to the network problems. Against that backdrop, I could reminisce an experience witnessed in the Federal Capital Territory of this nation, Abuja when a lady wanted to make payments after purchasing some electronics but could not do so because POS failed and the lady opted for an ATM but the ATM also failed as a result of network problems.

In all, adoption and usage of POS/ATM terminals must expand across the formal and informal sectors of the economy. One day, I had the opportunity to spend so urgent and unexpected. However I had grueling experience to get a terminal to withdraw funds from ATM until I spent #500 in the cause of transport just to withdraw #1000. The question to be asked is, why would in a city in fact Federal Capital Territory of our nation, one would have to spend #500 on transport so as to be able withdraw?

On this, corner stores, market woman, road side mechanics and other bottom-of-the-pyramid and operators need to have POS machines installed for utilization by their customers. While I understand there are infrastructural challenges for this to happen, it is however not insurmountable.

In December 2016, the Indian government announced some measures to incentivize cashless transactions among its citizens including giving discount on purchase fuels and insurance policies. Beneficiaries are those who make payments using debit and credit cards, mobile phone applications and e-wallets. Merchants who encourage customers to make purchase of up to 2,000 rupees electronically get a waiver on certain merchant discount rate [MDR] charged by the issuing bank. The key is incentivization.

When people are used to their old ways it is hard to change. The CBN should also work with the Ministry of Finance to come up with ways to incentivize the citizens to use their cards, incentivizes can also be provided for market women to adopt and use POS terminals.

Another cogent issue is the talked about infrastructural challenges inhibiting the smooth running of payment system and electronic banking must be resolved. Banks owe to their customers to invest more revamping their information and telecommunication technology capabilities. Without efficient e-payment services, the cashless system will stall.

To address the infrastructure problem, efforts should be made to put in place adequate infrastructural facilities in the country .As usual electricity is top on the list. We are in a nation where epileptic power supply is the order of the day, in which power is an impediment to the overall success of this policy.

Also, people do complain the challenges with accessing cash, ranging from frequently arriving at machines and they were out of service to long and rowdy queues at self-service channels.

Thus, government must be proactive in tackling this. The CBN should work with the National Assembly to enact proper legislation that will automatically drive a call or exchange. Private ATM should be promoted and encouraged while more service provider should be licensed.

Ultimately, the key to driving this cultural change is incentivizing. Giving incentives to people to start using their cards, incentivizing retailers to start encouraging banks to be more efficient with service delivery. Once people start using their cards, loyalty card programmers can also be introduced, potentially increasing the level of usage.

While there may still be a long and tortuous road ahead, both the economy and the people will benefit from the increased efforts.

The CBN has a lot of works to do in this regard to advance its cashless policy. It needs to increase efforts in working with other stakeholders to expand financial services to micro and small businesses, artisans and the larger informal sector.

The apex bank should also put in place measures to ensure banks are supporting the cashless policy by overhauling their ICT facilities to improve their payment delivery systems.

For this is the part one of my FCT chronicles.

2019: Noah's Ark and the impending Deluge under Buhari