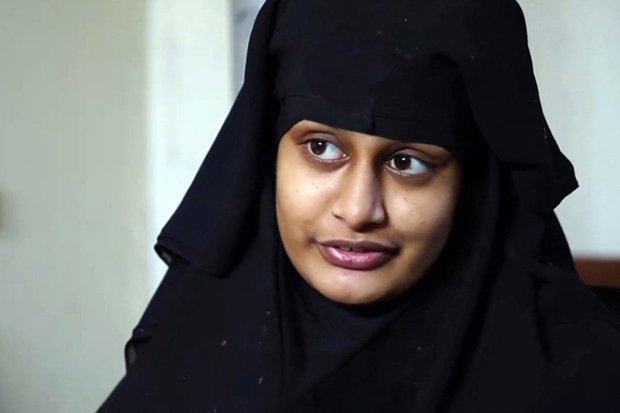 In 2015, the world was jolted by the sad news that Shamina Begum and two of her peers had skipped to join “forces” with blood-guzzling terrorists intent on setting up a caliphate in the Middle East. Their modus operandi was brutal. It was gruesome! Dress codes.

Public floggings! Amputations! Beheadings! For “trousers too long”, “disloyalty”, spying! Shamina Begum has admitted to witnessing these atrocities first-hand and has said even in recent times, that she wasn't moved by sighting a couple of “beheaded heads” in a garbage can! I am sure this reckless statement more than any other, informed the decision of the British Home Secretary, to strip her of her British Citizenship.

It must have also informed the apparent lack of emotion by many Britons on her case as they appear unmoved even by the death of her three kids… due to hunger and disease! My genuine grouse with some authors is their tendency to see those who view her as a terrorist as being judgemental. Would they for instance as responsible ministers, risk the lives of millions of citizens, by granting entry to an unrepentant and unremorseful terrorist? Can such hard-core terrorists be de-radicalized?

The said authors argue that the law is the law. The term “the law is the law” may suffice within the realm of robots. All laws have letters and spirit, often referred to as intendment of the makers of the law. And laws can also be viewed at equity, not robotically at common law. It couldn't have been the intendment of lawmakers that criminals would be offered loopholes to escape justice!

By the way, why the need to lose sleep on the health and lives of terrorists and their sires, who might even be reared to perpetuate the horrors of their forebears?

17 thoughts on “My Take On Shamina Begum.”